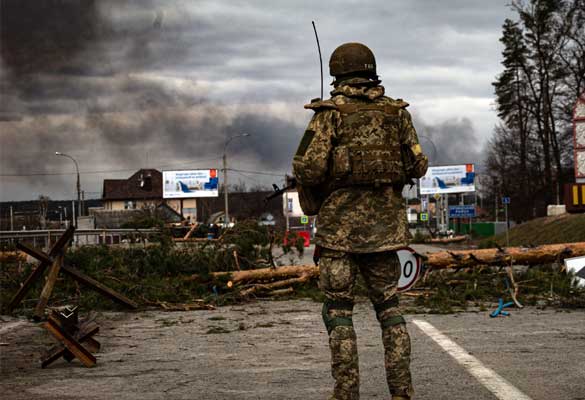 The World Bank has warned that the war in Ukraine which started on February 24 is likely to trigger an economic crisis leading to worsening of poverty in East Asia and the Pacific.

The financial institution in its April 2022 economic update for the region, said that the war comes at a time when the already vulnerable region was stressed by the COVID-19 pandemic, the hawkish stance of the US Fed, and China’s zero-COVID stance.

In its forecast, the World Bank has predicted China, which is the powerhouse of the region by providing 86% of the region’s output, to grow between 4-5%.

“Growth is expected to slow down both in China, because of the structural slowdown and regulatory regime change, and in the US, because of the cyclical slowdown. Therefore, both are expected to make smaller contributions to global growth in 2022 and 2023 than in 2021–the year in which output rebounded from the COVID contraction.

However, the absolute size of China and the US contribution to growth is estimated to be almost as large as in the pre-COVID years,” the report titled ‘Braving the Storms’ said.

The shocks of the war and the repercussions of the economic sanctions levied by the West against Russia will come to this region in the form of high prices due to disruption of the global supply chain and reduction of purchasing power across the globe.

This is because the countries in this region are not heavily dependent on goods from Russia and Ukraine. The report explained as a fallout of these, the number of poor people in the Philippines could rise by 1% if the prices of cereal go up by 10%.

The report further noted that some counties will emerge better equipped to handle the crisis, better than others, due to their fiscal prudence and economic strengths. For instance, countries that export like Indonesia and Malaysia will perform better than net-importing countries like Thailand and Cambodia.

ESR-Reit and ARA Logos mulls merger with a $1.4 bn deal