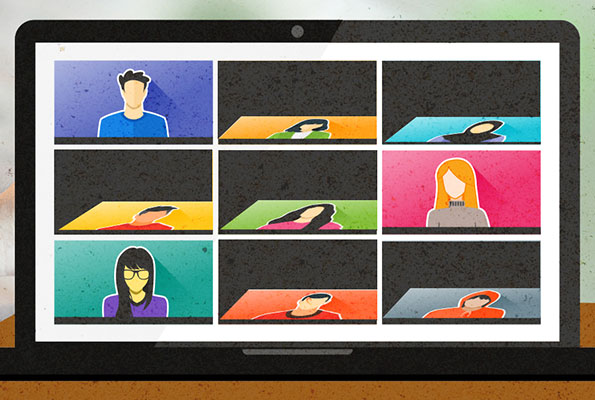 Optimism overcame the tech sector in the early days of COVID-19. Because so many people were cooped up at home, work and play moved online. Many believed that the new normal would significantly increase productivity when businesses went digital and employees spent less time travelling. The stock markets were where the enthusiasm could be seen the most, as any company linked to this trend saw a rise in share price. Call it the “lockdown craziness index”; from the beginning of the epidemic to its peak in August 2021, the value of an evenly weighted portfolio of five pandemic darlings grew by 320%. In comparison, the tech-heavy Nasdaq increased by 88%.

The manic phase is over. The lockdown lunacy index, which includes the video conferencing company Zoom, the streaming service Netflix, the fancy exercise bike manufacturer Peloton, the stock trading app Robinhood, and the e-commerce platform Shopify, has dropped more than 80% from its peak. It is a significant decrease compared to Nasdaq’s 18% decline. Zoom and company are trading for less than they did before the outbreak.

How concerning is this coming back to Earth? Undoubtedly, some of it reflects the worsening outlook for the world economy, which is plagued by war, inflation, and rising interest rates. And it is frustrating that after two years of digitalisation and remote work, no concrete proof of a rise in productivity has been offered. Nevertheless, there are still good reasons to be optimistic about technology. It’s possible that much of the early enthusiasm was just directed toward the wrong kinds of businesses. Even though the epidemic darlings have lost their luster, the trend toward ever-increasing digitisation is still present. The businesses that supply the infrastructure to make this transformation possible are the real winners, not the showy consumer-tech companies.

Weaker business models are a significant factor in our lockdown index’s decrease. Zoom announced on August 22nd that its yearly revenue growth had decreased to 8%, the lowest level since the business went public in 2019. Peloton announced that their quarterly sales had been reduced by over 30% from the previous year three days later. Netflix subscribers are switching to other streaming services like Disney+. A quarter of Robinhood’s personnel will be laid off as day traders lose interest in the markets.

The waning work-from-home boom has also impacted the need for hardware. This year, economists predict a 10% decrease in global pc shipments and a 7% decline in mobile phone sales. In addition, the sales of the potent semiconductors needed to mine digital currency and produce computer graphics have been hurt by a reduction in video game expenditure and a string of crypto explosions.

However, you’ll find the true winners if you look past the consumer technology boom and bust. The market for infrastructure technologies, such as cloud computing, cybersecurity, and digital payments, which support people’s daily lives, is booming. The cloud computing market is anticipated to increase from $243 billion in 2019 to approximately $500 billion this year. The largest cloud service in the world, provided by Amazon, is still expanding at a rate of 33% annually. It supported the struggling e-commerce division of the internet behemoth and accounted for three-quarters of the company’s operating income over the previous twelve months. The cloud services offered by Google and Microsoft are their main competitors. Their respective annual sales are increasing by 40% and 36%.

Another technological success is the increased demand for cybersecurity due to cloudification. Since the epidemic began, the aggregate revenue for the three biggest public cybersecurity companies has nearly doubled. As a result, their market capitalisation has increased by three times and slightly decreased since the year’s beginning. Due to lockdowns and social segregation, digital payments are another encouraging development. Nine of ten American retailers now accept Apple Pay as a form of payment, and three-quarters of iPhone owners use it, up from half in 2019. Since the start of COVID, about 200 million people in India and China have made their first use of a digital payment method. In sub-Saharan Africa, a third of adults now have a mobile money account, up from a fifth in 2017.

The darlings of the pandemic may have seen a bubble crash, but digitalisation is still in full swing. The true winners of covid are the less glamorous technologies that offer the supporting framework for the transformation. We’ll have to wait and watch if these one days lead to an increase in productivity. However, the pandemic involved more than lockdown hysteria.

4 reasons why iPhone 14 is not cheap

China will underpins its economic growth over the next five years

McDonald’s reopens in Russia with a new name, logo