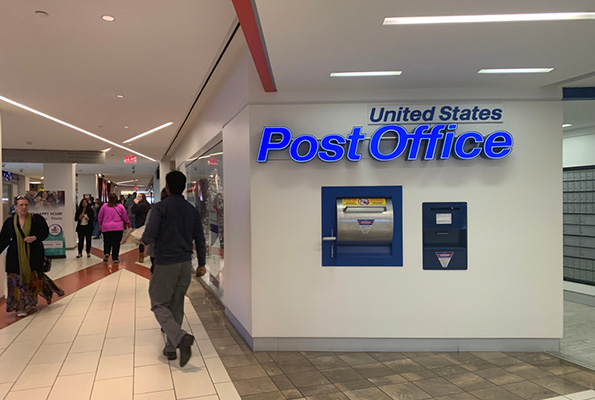 Postal banking is a service provided by post offices within a country, where local branches provide activities like check cashing, bill payments, and loan offerings.

While most of the postal offices within the United States don’t provide these services, experts are pitching for these operations, citing that such low-cost solutions can help millions of unbanked Americans to come under the formal banking folds.

The United States post offices do sell money orders, using which people can pay their bills or send money to their near and dear ones. The recipients then convert these money orders into cash.

It’s not that the country didn’t have postal banking services before. From 1911 to 1967, there was a service called the Postal Savings System, under which the citizens used to deposit their money in government-backed, interest-earning accounts.

With the mainstream commercial banks raising their interest rates on savings accounts, it brought about the decline of the Postal Savings System.

As per 2019 data, in the United States, about 7.1 million households don’t have banking access. Another Federal Deposit Insurance Corporation survey, carried out in the same year, said that most of these unbanked households belonged to the low-income sections of society.

It also cited reasons such as ‘High Account Minimums’, a phenomenon that suggests families lack enough money to open minimum balance accounts. Some of the survey participants don’t even trust banks. Some of the respondents cited high overdraft fees, along with other account maintenance costs as reasons for not opening bank accounts.

Currently, these unbanked households are turning to services such as check-cashing stores and payday loan centers to execute financial transactions.

Those supporting postal banking, say that bringing back a similar system like the ‘Postal Savings System’ will massively help these unbanked households to monetize the checks at cheaper rates, apart from keeping the private lenders at the bay.

In 2014, postal banking saw renewed interest after the US Postal Service Office of Inspector General released its white paper, which stated that some unbanked households spent more than USD 2,400 yearly; just on interest and fees from alternative financial sources, and introducing postal banking can cut down these expenses.

In 2020, US Senator Kirsten Gillibrand sponsored a bill called the ‘Postal Banking Act’, which would have allowed the department to provide basic banking services. The bill was backed by two other prominent senators, Bernie Sanders and Jeff Merkley.

The US Postal Service and American Postal Workers’ Union in 2021 launched a pilot programme in four cities, under which at select locations, post offices would provide banking services such as bill payments and ATM withdrawals.

However, both the above initiatives faced opposition from Republicans. The American Banking Association said, “The American Bankers Association has long been a vocal opponent of postal banking, and has previously noted that it could be perceived as a government-endorsed provider competing with taxpaying banks and would create risks that USPS is ill-suited to manage.”

On including the unbanked section of the US society, ABA said, “It’s easier than ever to open a bank account in this country, including Bank On-certified accounts, which are now available in more than half of all U.S. bank branches, and feature low costs, no overdraft fees, robust transaction capabilities such as a debit or prepaid card, and online bill pay.”

Even the private banks feel that the US Postal Service is not equipped enough to have banking activities under its fold.

While many banks have programmes targeted to these low-income groups, a Federal Deposit Insurance Corporation (FDIC) survey says that 5.9 million American households are still outside the banking ambit.

Around 45% of these households got a stimulus payment, unemployment benefits, and other government assistance after the start of the COVID pandemic in 2020 March. These funds reportedly helped them to open bank accounts.

The FDIC too has started a campaign to get more Americans to open bank accounts. Financial institutions such as Capital One and Ally Financial ended overdrafts and other fees, as per reports.

With the banks changing their business strategies to bring down the ratio of unbanked population within the US, it needs to be seen whether the policymakers opt for bringing back the postal banking services and if it happens, what role it will play to meet the country’s financial inclusion goals.