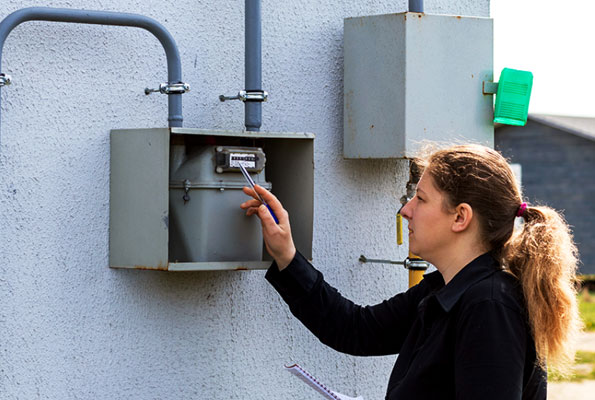 There is a significant shock to energy prices in Europe. However, not all Europeans will experience the same decline in their standard of living. The burden for the typical Finnish family will amount to an additional 4% of household spending, according to estimates from the IMF.

After taking a two-hour ferry voyage across the Baltic Sea, the situation is much grimmer. In Estonia, households will take a 20% cut.

The majority of the continent’s economies are located between these two countries. On average, Europeans spend 10% of their income on energy. Richer families typically have larger homes and vehicles, but the rise in energy expenses that follows is typically not as significant as the disparity in income.

As a result, lower-income households pay a larger portion of their income on energy. The same trend applies both inside and between nations. Compared to its wealthy Nordic north, Europe’s impoverished former-communist east is more susceptible to price increases.

Natural gas dependence is yet another crucial element in determining susceptibility. Since Russia invaded Ukraine, wholesale prices have increased by a factor of two. Prices have increased for coal as well, although by a somewhat more reasonable 60%.

But renewable energy costs remain the same. Gas-using power generators in Bulgaria, on the continent’s eastern side, pay nearly the same as those in Ireland, on its western one, thanks to a mostly united market for natural gas across Europe.

However, the reliance on the substance varies between nations. Less than 3% of Sweden’s energy comes from natural gas, with the majority coming from hydroelectricity, wind, and nuclear power.

Swedish dwellings are heated either through heat pumps connected to the electrical grid or through communal systems, which are frequently powered by wood chips. With natural gas dependence, Britain sees an average rise in household spending of 10%, compared to roughly 5% in the United States.

The transfer of wholesale prices to retail prices varies as well. Utilities purchase gas under long-term contracts in many nations to reduce their exposure to rises in wholesale prices.

Prices then pass to consumers at varying rates due to differing market arrangements. Consumer rates, for instance, are routinely changed each month in Spain (though it has capped gas costs for power generators). Only twice a year are they adjusted in Poland.

Governments in other places have fixed prices. The government of France has set a ceiling on price increases at 4% in a country where Électricité de France (edf), a state-owned utility, dominates the market.

The majority of the country’s electricity is often produced by nuclear energy, but due to long-delayed maintenance, it is currently imported from nearby countries, where it is frequently produced by burning gas. Because it owns the edf, the government bears the costs.

Limiting price increases lessens the motivation for households to reduce their energy consumption. Additionally, it favorably assists the rich. Targeting assistance to those who need it most is a much better alternative.

However, according to figures by the European Central Bank, just 12% of the money spent by EU member states on countermeasures to the negative effects of rising energy costs has been allocated in this way. More redistribution is needed in response to an energy shock with an uneven distribution.