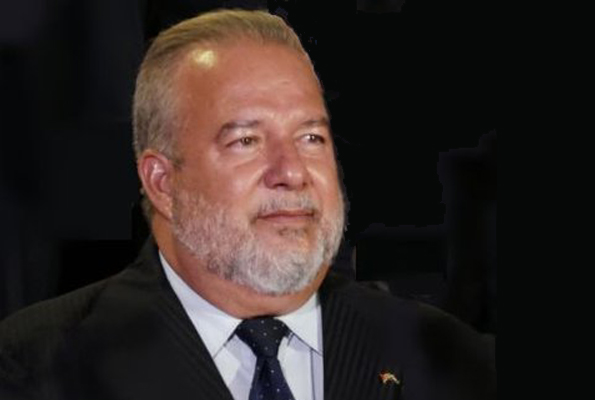 Havana has had it rough for decades. During the Cold War, the communist government of Cuba, led by Fidel Castro, was a pain in the rear for the United States. As a result, the US put extreme embargoes on Cuba one after the other, which hurt Cuba’s economy. But on the other hand, the government-run socialist economy has been praised for making health care free and getting 11 million people out of poverty.

Yet, despite these incredible achievements, Cubans have been crying out for economic freedom and prosperity. Heritage.org’s Economic Freedom Index for 2022 ranked Cuba 175th out of 177 countries. It was only ahead of North Korea and Venezuela. Years of stagnation followed by a pandemic ravaged the Cuban economy. But is there hope for the Caribbean island?

What is happening in Cuba?
According to Cuban PM Manuel Marrero’s annual report for 2021, the economy shrank by 10.9% in 2020 and had been flat for several years before that. However, this year, the economy started a modest comeback, increasing by about 2%.

The government thinks that the new US sanctions, the long-standing trade embargo, and the coronavirus outbreak have cost the country, which relies on imports, at least USD 4 billion in lost income over the past two years.

The government can’t give Cubans as much food, medicine, consumer goods, and inputs for industry and agriculture because of the deficit. As a result, it has caused imports to drop by 40%. Because of this, Cuba hasn’t kept up with some payments to creditors and vendors.

Due to the economy becoming more dependent on dollars and the government’s decision to devalue the peso for the first time since Fidel Castro’s revolution in 1959, this year has seen triple-digit inflation, which local experts estimate to be about 500%.

According to a western businessman with years of market expertise in Cuba, the target of 4% growth could suggest that Cuba will continue to endure shortages of essential items and struggle to pay its debtors.

The administration claims it is putting together measures to control inflation and support the peso. In contrast to the official rate of 24 pesos, the peso sells for about 70 pesos to a dollar on the black market.

In his report, Manuel Marrero said, “A set of measures must be taken to stop the spiral of inflation,” but he didn’t say what those measures might be.

Manuel Marrero said that a vaccination campaign that covered 80% of the country’s population opened the door to a small recovery next year.

How did Cuba get here?
Hurricane Ian knocked out Cuba’s power grid on September 27. Food on the island, which is already scarce, deteriorated in the heat due to the blackout. However, Cubans had a chance to protest under cover of night. Instead, people chanted for light and Libertad, or freedom, while banging pots and pans in different Havana neighborhoods.

The Cuban people had several reasons to protest even before the hurricane landed. Since the end of the Soviet Union, the island has been through its worst economic crisis. The economic collapse of Venezuela in 2014, which lowered the quantity of money and cheap oil it delivered to the island, was the cause of the current issues. In addition, the amount and frequency of money transfers made by Cuban Americans to their family members were constrained by Donald Trump’s tightening of the American embargo. Because of this, when COVID-19 happened, it stopped even more people from coming to the island and spending money there. Ricardo Torres, an economist at the American University in Washington, says, “The economy is in a bottomless hole.”

The government needs to make things better. Cuba unified the currency at the beginning of 2021. The Cuban peso had to be devalued from its parity rate with the dollar to the black market rate of 24 pesos to one dollar. One unfortunate result is that inflation spiked to 152% last year. The street exchange rate is 200 to the dollar and is increasing.

The pay for state employees has been multiplied by five. But just enough to cover lunch. Marn, a teacher at a primary school, makes 4,200 pesos per month. That is USD 175 at the current official exchange rate, but it will only fetch you around USD 21. The teacher operates a taxi for additional income. Similarly, Sandra and Yoanka Borges recount trading with neighbors for milk, sugar, and eggs to manufacture Cuban sweets for their company, “Dulces Doa Manuela,” from their kitchen in an outhouse. The cost of sugar has grown tenfold in the last year.

What does Cuba plan to do?
Over the last ten years, the government has slowly eliminated some of the strict rules on the private sector. Private companies with up to 100 employees were permitted in the previous year, and foreign investors are now welcome to invest there. Before, only independent contractors, or cuentapropistas, were allowed to operate a small, private company. In addition, Cubans can now import things for resale rather than only for personal consumption. Condensed milk and cheese have been added to the list of things that can be brought into the country by plane.

Cubans have taken advantage of these changes. Cubans established more than 5,000 small enterprises in the first year following legalization. Private businesses now outweigh public ones. However, they are far smaller, and a maze of rules maintains them. In addition, big, ineffective state corporations with preferential access to credit and money continue dominating the economy. All of this contributes to Cuba’s continued extreme poverty.

That puts the government in a difficult situation. They don’t want to be transparent enough, according to Marta Deus, the owner of a meal delivery company, “so the private sector has real power.” But the state is overwhelmed. Torres believes it will be difficult to recover its previous sources of income. Fish, sugar, and tobacco exports are all declining. (The hurricane destroyed the tobacco crop.) The government is unable to purchase fertilizer, seeds, or animal feed. No one else can buy them either because it has the exclusive right to import and distribute them.

US President Joe Biden removed Donald Trump’s remittance restrictions to Cuba in May. However, Cubans living abroad are reluctant to send money back home, at least through official channels, as they are operated by the military and take advantage of their clients by exchanging their money for pesos at the abominable official exchange rate.

The hurricane-related power outage, meanwhile, is ongoing. The outdated energy grid has yet to receive an upgrade from the government. Cuba presently relies on five Turkish power generators that are mounted on ships that are anchored offshore. As a result, only two-thirds of the island’s total demand—3,000 megawatts—can be met by total supply. As a result, both the countryside and Havana frequently experience blackouts. Inhabitants shout, “Vamos solidario!” (let’s go in solidarity!) as the power goes out, mocking the government’s claim that the capital’s power cuts are being implemented to express compassion for rural residents.

According to Carlos Alzugaray, a former diplomat from Cuba, even if resident Miguel Daz-Canel wanted to reform, he would encounter significant obstacles from the party and the government.

Thousands of Cubans protested in the streets in July 2021 over shortages and lockdowns. As a result, hundreds were detained, and many received 30-year prison terms. Nevertheless, small protests are still happening around the island, even in the countryside.

Others are making their voices heard. Residents of the coastal community of El Cepem protested in August when police attempted to stop people from leaving on handmade rafts. Nearly 195,000 Cubans have been apprehended trying to cross the border between Mexico and the United States since October 2021, almost four times as many as in the preceding two years put together and much more than in another exodus in 1980 and 1994. The teacher, Marn, is about to leave for Spain. He declares, “There is no future here.”

Is there a ray of hope?
Considering that the 2021–2022 sugar harvest only met 52% of its season-long goal, new reports from the island indicate that things may get worse before they get better. According to the state-run news source Granma, approximately half as much sugar as last year’s harvest, which was already the worst since 1908 at 800,000 tonnes, was harvested this year. Alejandro Gil, Cuba’s Minister of Economy and Planning (MEP), stated that Cuba expected to produce 911,000 tonnes of sugar this year, of which 500,000 tonnes would be used for local consumption and the remaining for export.

The production of sugar, one of Cuba’s most significant and famous sectors, has long been essential to the nation’s rum industry and a significant source of foreign cash and jobs. This gap has been caused by a lack of inputs, including oxygen for sugar production, fertilizers, insecticides, fuel, and spare parts for plant machinery, according to the state-run sugar business Azcuba. According to the Granma report, which also noted that only 37% of the required herbicides and pesticides were available for use this season, “the financial factor was among the most influential in the results of the harvest, exacerbated by the intensification of the economic, commercial, and financial blockade of the US Government against the island.”

According to Minister of Economy and Planning (MEP) Alejandro Gil, a few, if modest, signs of recovery are starting to appear. Gil, who recently recognized that some sectors are already witnessing growth following the waning of the epidemic, said, “We are beginning to see a clear and gradual recovery.”

Gil predicts that the GDP will expand by 4% in 2022. Nevertheless, despite pressure on import costs, rising food and gasoline prices still necessitate “audacious” steps to curb inflation. It is true even though prices have started to calm down. Gil said in mid-May that Cuba’s first-quarter export growth of 38% was primarily due to the growing cost of mining nickel, the country’s main export.

As COVID-related limitations continue to loosen, the well-known tourist island is likewise counting on the return of foreign tourists in the coming months. Before the pandemic, Cuba welcomed almost four million tourists annually. However, that number has since dwindled to a trickle, cutting off a crucial source of income for the country’s economy. Indeed, Cuba’s greatest source of hard cash comes from the tourism sector.

Still, because the island only completely opened its borders to tourists last November—far later than most other nations in the region—there is still considerable work to be done to increase tourism revenue. Nevertheless, Vice Minister of Tourism Mara del Carmen Orellana stated, “We concluded that you had to maintain the health of the Cuban people, whatever it cost.” But according to Pilar lvarez Azze from the Tourism Ministry, there is hope that 2.5 million tourists will visit Cuba this year.

Trojans wreak havoc in Europe: All you need to know