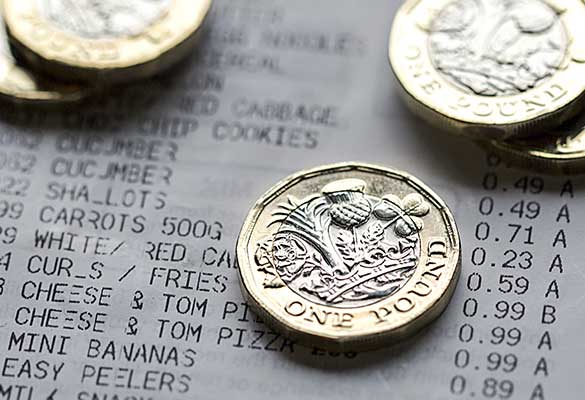 According to new research from consumer organization ‘Which?’, more than 2 million households will miss a bill payment every month in 2022 as many battle to make ends meet amid a ‘relentless cost of living crisis.

An estimated 2.1 million families missed or defaulted on at least one mortgage, rent, loan, credit card, or bill in June, the consumer champion’s monthly insight tracker stated. According to the report, this number has exceeded 2 million each month so far in 2022.

Why is it happening?

In April, inflation hit the UK yet another high of 9%, meaning that the cost of everyday goods is now 9% higher than this time last year. The current cost of living crisis is particularly acute because a variety of different pressures are pushing up the rate of inflation. This means costs are higher across the board, from food to petrol and energy bills, rather than prices rising in just one area.

Some of the factors driving the current spike in prices include:

1. High demand for oil and gas since the beginning of 2021 coupled with uncertainty over supply due to the Ukraine conflict pushing energy prices up across the globe. This has led to higher costs for energy companies and subsequently, their customers.

2. UK government’s support offered during the pandemic, such as reduced VAT rates in hospitality is now ending.

3. Shortages in staff across a number of sectors including hospitality and transport. This is partly due to the pandemic but also compounded by Brexit, which saw many foreign workers leave the country.

4. Shortages of some goods due to supply chain disruptions across the globe.

The impacts of the cost of living crisis are being felt globally, but government policy can affect how badly ordinary households are affected.

In France, for example, a 4% cap on energy meant that household energy bills have only risen by a maximum of 4%, forcing state-owned energy company EDF to bear the brunt of increased purchase costs. In the UK meanwhile, the energy price cap rose by 54% in April, adding hundreds of pounds to monthly energy bills for millions of households.

The energy crisis has affected households globally due to the cost of wholesale oil and gas spiking worldwide. This spike has made it more expensive for energy providers to purchase energy, and in the UK, these costs have been passed onto consumers in the form of higher energy bills.