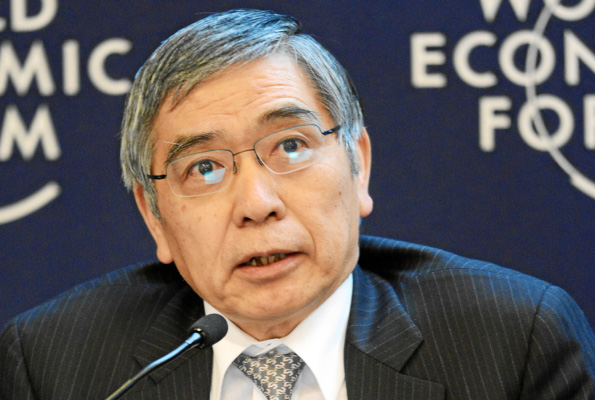 So it is no surprise that the Japanese central bank keeps interest rates ultra-low as other central banks around the globe scramble to keep up with the Federal Reserve’s rate hikes. This article delves into why Japan responds uniquely to global inflation and looming recession fears.

What’s happening in the world?
Fear and greed. Bears versus bulls The financial markets and the world economy are constantly torn between the two. But since the beginning of 2022, there has rarely been such a radical shift from one to the other.

Initially, optimism about a robust post-COVID rebound driven by saved money held the economy together. Central banks worldwide panic because of the Russia-Ukraine conflict, China’s repeated viral lockdowns, and the Federal Reserve’s hawkish tilt to slow the fastest inflation in decades.

The situation is significantly worse in several parts of the developing world. For example, Sri Lanka stopped making payments on its foreign debts, speeding up the process of a “series of defaults.” It doesn’t happen by itself. According to World Bank President David Malpass, 60% of low-income nations are either already in serious debt trouble or are very likely to enter it.

Why is the Fed raising rates so much?
A mismatch between economic supply and demand results in inflation. For instance, during the COVID pandemic, there was a huge demand for cars that the supply could not handle. So families moved, searching for new homes, but there weren’t enough. Thus, the cost of homes and cars increased.

The supply side of the equation cannot be fixed by the Fed increasing chip production or housing construction. As a result, it must concentrate on decreasing demand. It wants fewer people to purchase new cars or make housing offers, which would lower prices.

All types of loans become more expensive when the Fed raises its benchmark interest rate. Rates on mortgages rise. Likewise, auto loans. And over time, which aids in the rebalancing of supply and demand.

The cost of living is prohibitive. For example, prices were 8.3% higher in August 2022 than at the same time in 2021. The Fed typically strives for 2%.

The Fed took a while to act, although inflation has been rising for more than a year. Officials from the central bank maintained for the majority of 2021 that inflation was a passing aspect of the covid rebound and wouldn’t last permanently. Over time, though, Fed officials realized their errors and hurried to raise rates in March.

Even after the Fed started hiking interest rates, inflation grew. As a result, the Fed has often had to increase its response, even if the economy would slow down and a recession might happen.

What is the Bank of Japan’s policy?
The yen is plummeting. By some measures, inflation is at its highest point in years. A rate rise, according to prevailing thought, may help both issues. But the Bank of Japan, never one to go along with the majority, has stuck by its ultralow interest rates, claiming that raising the cost of money now would reduce already weak demand and impede a shaky economic recovery from the COVID pandemic.

Despite the yen hitting a 32-year low versus the dollar, which has led to price rises in a nation unaccustomed to them and increased pressure on his unpopular administration, Prime Minister Fumio Kishida expressed his strong support for the Bank of Japan’s monetary policies.

A day before Bank of Japan’s Governor, Haruhiko Kuroda clarified to the Parliament that the bank would not be changing its course anytime soon, he provided his support. According to Haruhiko Kuroda, every member of the bank’s policy board concurs that “continuing monetary easing is appropriate given the current economic conditions.”

The dramatically different monetary policies created by the divergent economic conditions in the US and Japan have contributed to the yen’s decline as investors look for higher yields elsewhere.

The Fed is attempting to stop inflation in the United States by stifling demand, where recovery has been swift, and salaries are increasing at a high rate. While some well-known economists have cautioned that going too far could harm the economy, the government believes it can partially achieve the aim by discouraging expenditure through higher interest rates.

However, there is widespread agreement in Japan that a rate increase would be detrimental rather than beneficial, at least initially. Japan, the third-largest economy in the world, has only partially recovered from the epidemic, and wages have stalled despite an extremely tight labour market that kept the jobless rate below 3% during the pandemic’s deadliest months.

How bad is inflation in Japan
Your dollar will not stretch as far tomorrow as it did today due to inflation, which is the gradual loss of purchasing power. It is frequently described as the yearly price shift for items and services, including toys, food, furniture, clothing, and transportation.

It can be the outcome of increased customer demand. However, factors like restricted oil output and supply chain issues that have little to do with the state of the economy can also cause inflation to rise and fall, depending on the situation. Fast price increases are problematic, while slow increases can result in rising wages and job creation.

Stocks frequently suffer from rapid inflation. Financial assets have typically performed poorly during high inflation, but tangible assets like homes have improved their worth.

While the United States has experienced widespread inflation pressures, in Japan, these pressures have predominantly affected import-dependent necessities like food and energy.

No turning back
For years, Japan has longed for inflation, as mild inflation can be helpful and drive wages and growth. However, the inflation they have now is counterproductive and harming the economy.

According to government data, inflation in Japan has risen to 3%, the highest level since 1991, discounting a small surge associated with a tax increase in 2014. But without food and energy, Japanese prices in September were only 1.8% higher than they had been the previous year. That percentage was 6.6% in the US.

There are several better-understood factors contributing to Japan’s low figure. For example, experts have identified causes of stagnant wages and the negative consequences of an aged, declining population on demand.

But the most significant factor is a population accustomed to consistent prices. Over the past year, producer prices, a gauge of inflation for businesses’ goods and services, have increased by almost 10%. But, contrary to their American counterparts, Japanese companies have hesitated to pass on those increased expenses to customers.

The strong dollar and supply problems impacting imports, which are external to Japan and outside the authority of the Bank of Japan, are consequently to blame for a large portion of the current inflation pressure. But, according to Bill Mitchell, an economics professor at the University of Newcastle in Australia, bank officials “know full well that driving up interest rates will not attenuate price pressures — it’s just going to balloon business costs.”

The strategy called for releasing a wave of public expenditure and restructuring Japan’s economic system, including encouraging more women to enter the workforce.

The Bank of Japan achieved this goal by bottoming out interest rates and snatching up bonds and stocks, but the most crucial factor was making money cheap and easily accessible. Haruhiko Kuroda promised that the government would stick to these measures until almost nonexistent inflation reached 2%, which analysts thought was required to raise wages and boost the underdeveloped nation’s economy.

Japan has been utilizing ultralow rates to promote growth for nearly a decade, making its economy particularly vulnerable to the harm that rate increases might inflict.

Data from the Japan Housing Finance Agency reveals that the proportion of variable-rate mortgages increased from 39.3% to 73.9% between 2014 and 2022 as homebuyers flocked into the riskier but less expensive financial instruments, believing that rates would not increase. A shift in interest rates would push up the cost of payments, straining already limited household budgets.

A rate hike might also make it more challenging for Japan to pay off its enormous debt, which in 2021 was close to 260% of its annual economic output. As a result of the government’s massive financial assistance to people and businesses to offset the economic harm caused by recent international events, the debt issues have grown even more pressing. Although there is debate over whether Japan’s debt is manageable, no one wants to take the chance to find out.

The weak yen has caused the Japanese government to face a challenging communication challenge.

Companies that rely heavily on exports, like Toyota, have benefited from the devaluation of the currency by making their products more affordable to customers outside. In addition, PM Fumio Kishida stated that he expects the low yen to attract foreign visitors, who have just begun to revisit Japan after a nearly three-year absence due to the country’s tight pandemic border controls.

According to the Bank of Japan, the yen’s decline has primarily beneficial effects. However, Haruhiko Kuroda told a legislative budget committee that the quick depreciation had turned into a “minus.” Shunichi Suzuki, Japan’s finance minister, referred to the fall’s rapidity as “undesirable” and promised to take “appropriate” action.

The Finance Ministry launched its first yen-buying operation in more than 20 years in September, but the move did not affect the yen’s decline. Investors were looking for indications of more minimal government action to support the yen. However, the yen abruptly rose, sparking rumors that Japan had interfered.

Raising interest rates may not even stop the yen’s decline. Other central banks’ rate rises haven’t done much to shield their currencies from the strong dollar. The political repercussions of abrupt economic changes were also brought to light with Liz Truss’ resignation as prime minister of Britain after only six weeks in office.

Some speculators have wagered that the Bank of Japan will capitulate to the mounting pressure and hike rates.

Elon Musk’s Twitter takeover: Timeline of events – The good, the bad & the ugly