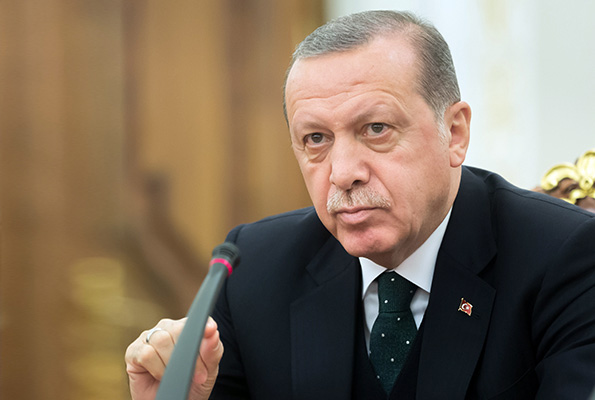 Despite the price rate hikes reaching a 24-year high of above 83%, Turkey under President Recep Tayyip Erdogan has refused to ditch its low-interest rate economic strategy.

While private consumption drove the economic development in the first half of 2022, the rest of the year would see inflation taking a toll on the country. According to a Yoneylem Social Research Centre poll, 69.3% of respondents claimed they had trouble meeting ends.

Defining A Recession
The recession brings a decline in overall economic activity. It begins when a country’s GDP decreases significantly for two consecutive quarters.

Is The Turkish Recession Happening?
The third quarter of 2018 saw Turkey entering into a recession, as per the Turkish Statistical Institute data, despite the country’s economy still expanding by 2.3%. Until the second quarter of 2019, the nation’s economy had three-quarters of negative growth.

However, there was still a significant increase compared to other industrialized countries. As a result, Turkey’s GDP expanded faster than anticipated from April to June 2022 (7.6%), despite skyrocketing inflation and the depreciating currency.

Data from the Turkish Statistical Institute show that it increased by 7.5% in the first quarter. In Q2, private consumption grew at a year-over-year (YOY) rate of 22.5%, followed by an increase in exports of 16.5%.

Global investment firm JP Morgan said Turkey’s economy could fall by 2% in the third quarter and expand by zero in the final quarter of 2022 without mentioning recession.

What Is The Root Cause Of Recession?
While there are many domestic causes of the current crisis in Turkey, some date back to 2018 or 2019, some others are relatively new:

Inflation At A 24-Year Peak
Turkey has faced inflationary pressure for many years. However, due to persistently high energy prices and supply shocks to the food and agricultural sectors, the crisis surpassed previous records in 2022.

The most significant annual growth was in transportation, up 117.66% year-on-year. With 93.05%, food and soft beverages came in second.

Monetary Policy Is Too Lax
The central bank has maintained a low-interest rate policy despite Turkey’s out-of-control inflation. As a result of CBRT’s cumulative 850 basis point (bps) lending rate cuts, the policy rate will drop from 19% in March 2021 to 10.50% in October 2022.

The bank also claimed that modest interest rate reductions were necessary to maintain the momentum of industrial output growth and the positive employment trend amid global uncertainties.

The other central banks are attempting to control inflation in another way.

Mercan stated, “the current policy does not prioritize disinflation, and inflation will likely remain elevated in the near term.”

Shrinking Lira
The Turkish lira (TRY), the nation’s currency, has been under pressure due to CBRT’s rate decrease and a strong US dollar.

According to TradingEconomics, as of November 1st, the USD/TRY rate had increased by more than 94% to 18.6 from just 3.77 in November 2017. The pair shows how much of the quoted currency, the Turkish lira, is needed to buy one US dollar (the base currency).

A falling lira will increase Turkey’s import costs, raising consumer goods prices in the domestic market. According to the US International Trade Administration, Turkey is a net importer of oil and gas, with local production barely covering 7% of its needs.

Why Hasn’t Anything Changed?
The Turkish central bank is not independent of the government, making it more challenging for them to solve the issue than most advanced nations.

Even worse, according to Timothy Ash, an emerging markets expert at BlueBay Asset Management, President Recep Tayyip Erdogan has fired numerous finance ministers and central bank presidents “basically for standing up to him”.

He said that President Recep Tayyip Erdogan “blames everyone else. He surrounds himself with a group of yes men. They avoid speaking the truth to authority. It is comparable to The Emperor’s New Clothes.”

The root of the problem is a concentration of power in President Recep Tayyip Erdogan’s hands.

“The AKP had pretty orthodox policies in the first ten years of their rule, and the government was more of a broad church. At this point, President Recep Tayyip Erdogan is essentially the only centre of power within the party because everyone else was driven out. As a result, there are no longer checks and balances,” claims Timothy Ash.

The people of Turkey are not unaware of any of this. In local elections in 2019, President Recep Tayyip Erdogan and the AKP party lost control of Turkey’s two largest cities, Istanbul and Ankara, as the economy deteriorated. People are pretty outraged, Timothy Ash remarked. They are witnessing a decline in their living levels. President Recep Tayyip Erdogan will face his final test in 2023 elections, but he might change course, with the help of public spending.

Timothy Ash says, “Recep Tayyip Erdogan can throw a lot of money at insulating certain segments of the population, like pensioners, those receiving social security payments, [and] public sector workers. He’ll undoubtedly utilize the money to support individuals who, in his opinion, are essential to winning the election.”

In Turkey, the legal minimum wage was recently increased by half due to inflation. However, if the poll numbers stay low and the economic policies don’t alter, its long-term prospects would be bleak.

Conclusion
Analysts predicted that Turkey’s economy would contract in the last quarter of 2022 and 2023, signaling recession possibilities, before resuming positive growth in 2023.

Many intricate aspects might lead to a recession, making it challenging for analysts to provide precise long-term projections. As a result, these forecasts may need to be corrected.