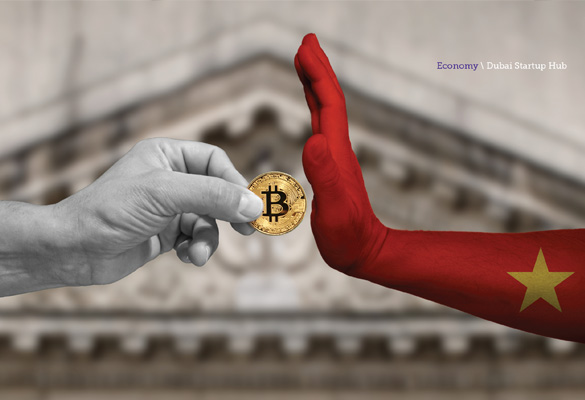 In recent weeks, China has doubled down on its efforts to control the country’s cryptocurrency industry by banning mining operations and discouraging its banks to carry out businesses with crypto companies. Back in July, China ordered the shutdown of a Beijing-based software maker over its suspected involvement in cryptocurrency trading. Since then, it’s website has been disabled and their operations have been stopped. According to a statement released by the Beijing financial supervision administration and a department of the People’s Bank of China, companies in Beijing should not provide venues, commercial displays or advertising for cryptocurrency-related businesses.

While bitcoin brings a promise of being a decentralised cryptocurrency that is based everywhere and nowhere, around 65 percent of the world’s bitcoin mining happens in China. That is because a bunch of powerful Chinese mining hubs started competing against other miners to solve the computational puzzles that create more bitcoin. Chinese miners helped raise the bitcoin value by more than a 1000 percent in a year where it reached an all-time high of nearly $65,000 in April. After China strengthened its restrictive measures against bitcoin mining earlier this year, the cryptocurrency value plummeted, closing out the first half of the year down almost 50 percent from its record.

China’s crackdown on Bitcoin?
So why has China declared a war on cryptocurrency? According to experts, there’s one theory that it’s a part of the broader law and order push before the country celebrates its 100th anniversary of the Chinese Communist Party. Since crypto has been synonymous with illegal activities, the government sees this as a win. The largest ever Ponzi in crypto was Plus Token and it was a Chinese project. In that scheme, scammers swindled $5.7 billion from investors and dozens were arrested because of it.

There is also another theory that since China wants to introduce its own digital yuan, which is a central bank digital currency (CBDC), which has been in development since 2014, it is cracking down on the cryptocurrency. Partially, this decision is taken to ensure that the adoption of CBDC can see all economic activity. The digital yuan could enable the government to track spending in real time. But some other experts have also mentioned that bitcoin and CBDC are very different in nature, hence they can’t be considered as natural competitors. Hence, in this case, the most likely motivator is that Beijing is looking to step capital outflows through stablecoins and cryptocurrencies. If China cuts off the flow of yuan to crypto, it will make a lot of difference.

If China’s goal was to cut down mining by 50 percent and ban trading, then its plan to punish shareholders by crashing bitcoin’s value didn’t work. For example, even after banning Didi, its IPO went fantastically. By riding out this storm, bitcoin proved its resilience where traders just moved overseas to continue their work. Some other experts believe that this controversy may be moot since the government’s capacity to continue the bitcoin ban will erode with time. This type of news is expected to have less impact on bitcoin’s exchange rate than it has historically. While there are some industry shifts after this news, it’s also important to remember that prior to this, bitcoin was banned multiple times in many other areas, and even then, the adoption of bitcoin is only growing more popular with time.

Another concern of China regarding bitcoin is that they make it easy to circumvent China’s capital controls, which restrict people from converting more than $50,000 worth of yuan into foreign currencies each year. If there are no restrictions on bitcoin trading, it is easy to buy large values of the digital token and quickly convert it into other currencies. Bitcoin mining also leaves a large carbon footprint, hence there is also a growing concern about its impact on the world.

Currently, the network consumes 70 terawatt-hours (TWh) of power on an annual basis, according to data released by the Cambridge Bitcoin Electricity Consumption Index (CBECI), which is more than Venezuela. The number decreased to more than half from its peak of 141.28 TWh in May. So far, only local governments have voiced their concerns over bitcoin’s power consumption, but they have been tasked with helping meet national emissions goals. The country has pledged to reach peak emissions by 2030 and be carbon neutral by 2060.

Crackdown isn’t new, but what’s different this time?
Among the numerous cryptocurrencies currently in the market, bitcoin is by far the most popular one. It is not backed by any precious metals or government credit. Bitcoin’s price is based on future speculations on how well it will perform in the market. Since it’s a younger currency, many including experts think it’s a volatile asset to invest in. Over the past ten years, bitcoin suffered four separate losses of at least 50 percent, something other rarely experience.

In 2013, China ordered third-party payment providers to stop using bitcoin. Chinese authorities put a stop to token sales in 2017 and promised to go after crypto exchanges in 2019. Previously, it was observed that each time Beijing has lashed out at the crypto industry, the rules have softened. This year however, it feels different. After China banned financial institutions and payment companies from providing crypto-related services, widespread protests were observed in June where people were mass-arrested and were suspected of using cryptocurrencies in nefarious ways. That same month, regulators increased the pressure on banks and payment businesses to stop providing crypto services, and Weibo, China’s Twitter, discontinued its use. As of July, half of the world’s bitcoin miners are facing uncertainty after Beijing called for a severe crackdown on bitcoin mining and trading. Prior to this, experts have raised concern about China’s influence over the bitcoin market, since it accounted for 65 per cent of the decentralised network last year, but once mining started happening, the situation changed.

Why is China a hotspot of Bitcoin mining?
The easy answer is accessibility to cheap power. In the early 2010s, bitcoin mining activity started to exponentially increase in China because of cheap electricity. Miners concentrated in Xinjiang and Sichuan, which is known for its hydropower. Xinjiang were first to face the wrath of China’s bitcoin crackdown and by the end of June, the bitcoin miners were asked to stop their operations on June 18. In 2020, Xinjiang alone accounted for more than a third of the global bitcoin hash rate, and more than half of China’s mining activity, according to the CBECI. But miners cleverly kept moving around China and Sichuan accounted for 61 percent of the country’s mining activity at the peak of the wet season.

China’s global bitcoin mining share has been declining for a couple years, falling from 75 percent in September 2019 to 46 percent by April 2021, according to the CBECI. But the reason why it became so high is because cheap electricity incentivised companies to set up mining pools. As the name implies, these involve pooling resources from many different users to mine cryptocurrency. Today, the world’s largest mining pools are either based in China or have Chinese founders. F2Pool, BitMain’s AntPool and Binance Pool all have Chinese founders and some cryptocurrency companies even changed where they were incorporated during previous crackdowns, but they have their servers present in China.

People join pools because of relatively little computing power, and it can share large mining operations. Rewards are divided proportionally, hence if someone provides one percent of a pool’s computational power, receives one percent of the reward for each new block added to the blockchain. While this means people taking part in larger pools get less money, per block added to the blockchain, more computational power means the pool is more likely to add more blocks, bringing in more money. And this is what makes China’s mining pools the best and the most efficient in the world.

What does China’s crackdown mean for bitcoin?
After its crackdown, China has made bitcoins more available and affordable. Less computing power on the network means it will be easier to add new blocks of transactions. While the mining profitability initially suffered a hit, once enough people left the network, profitability returned to April levels, as reported by blockchain intelligence firm Glassnode. China’s strict crackdown on bitcoin mining is seen as a welcoming initiative by a lot of people in the country.

International effect of China’s crackdown on Bitcoin
After China imposed a ban on bitcoin, international miners are reaping benefits from China’s effective ban on the energy-intensive practice, and generating even higher profits and filling the void by creating digital tokens. China has been the biggest producer of bitcoin in the world and accounted for half of the global output. Miners from other parts of the world said that since the Chinese production has cooled down, the market has opened up to other competitors. Bitcoin miners use powerful computers where they create new coins by solving complex mathematical puzzles. The number of coins mined each day is fixed. Hence, if there are fewer rivals, it is easier and relatively cheaper to mint the new currency.

Hut 8 mining has benefited and the company notched a 241 percent year-on-year increase in mining revenues in the second quarter, bringing in $24.8 million. The company’s CEO also noted that June and July proved to be the best months as almost the entire Chinese presence was absent. UK-based mining company Argo Blockchain also reported a 180 percent increase in revenues in the first half of 2021. The company also mentioned that the reason for such a high amount of profit is because of a change in global mining conditions that allowed it to produce more digital coins without increasing the number of machines used.

Crypto future in China
Despite all of this, Bitcoin’s dream of becoming the currency of the future remains distant. Given the way the blockchain manages bitcoin’s supply, it is just a poor version of fiat currency, which typically has its value actively managed by a central bank and follows the strict rule of demand supply. While many look for this appeal of bitcoins, it also makes bitcoin a poor asset, for example, when you are buying a Tesla car, tomorrow you might realise that you spent a lot more for the car than you initially thought.

In order to continue its business, miners from China have tried to migrate to neighbouring countries like Mongolia or Kazakhstan, but many have been unable to transport the equipment across borders. Bitcoin mining also poses a threat to our nature, and it accounts for 0.4 per cent of the world’s energy consumption, using more electricity annually than Finland or Belgium. Miners in China usually use more power than other countries as they still rely on coal-powered energy.

Outside China, bitcoin miners can be found in places that have an abundant source of renewable energy such as Norway and Canada. But as demand increases, specialist site operators have found it hard to build facilities rapidly enough. Industry experts have predicted that it will take at least a year or so for mining capacity to recover. There is a lot of new mining equipment being sent to the US and Canada instead of China, but data centre capacity is a bottleneck.

In the US, Texas has become one of the biggest contributors of the new mining landscape, while specialist sites in Norway and other European countries are stretched out for demand. The price and quality of computers required for mining crypto units has also declined. Before China’s crackdown on bitcoin, miners had to pay increasing prices for their computers as they searched for more efficient ways to acquire bitcoins. At present, since there are servers that are inactive in China, the price of computers have also sharply declined. At present, the profitability of bitcoin is so high that even the oldest, least efficient machine can be profitable.

Satellite broadband is the next big thing

How this Indonesian fintech firm made it to the top