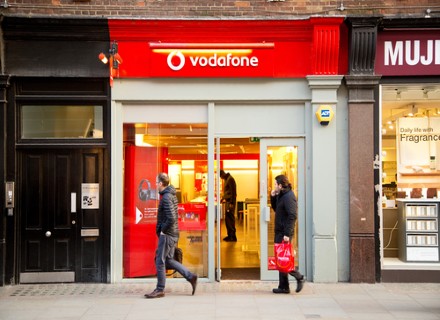 Vodafone recently announced that it has partnered with Amazon Web Services (AWS) to launch edge computing services for its business customers in the UK. Edge computing utilises augmented reality and machine learning to analyse bulk data from where it was gathered and requires high-speed data transfers that 5G services can provide.

Previously, Vodafone held a trial with companies in various areas, including sports, autonomous transport, technology, biometric security, remote virtual reality (VR) and factory automation. Vodafone had recently stated that under optimum conditions, the latency, the time required to transfer data from one point to another, could be as low as 10 milliseconds. When compared, 4G provides a latency of 75 milliseconds on average.

Anne Sheehan, business director of Vodafone UK, told the media that “Edge Compute and 5G is a combination no other service provider can deliver in Europe, which means we can offer something unique to our customers.”

She further explained that Vodafone has already seen new services being developed with its trialists. As a result, the potential for new ideas when combining the two is promised to be massive.

Vodafone plans to offer edge computing services to its customers with low latency in the initial stage. The target customers would be from London and surrounding areas, including Oxford, Cambridge, Bristol and Cardiff. In addition, the services will be made available in Scotland and other northern regions of England by 2022. AWS already has edge services in Tokyo, Daejeon, South Korea and the US.