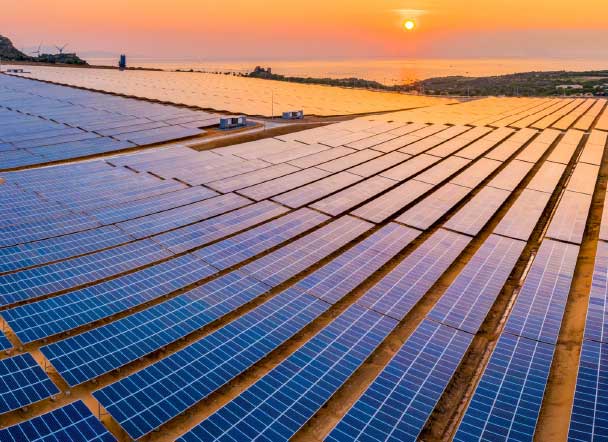 Vietnam’s energy demand has been increase in over the last couple of years. This rapidly increasing demand has also resulted in a renewable energy boom in the Southeast Asian country. But what’s driving the increasing demand for electricity or energy in Vietnam? The country is among those Southeast Asian countries which have successfully exploited all major sources of renewables be it hydroelectricity, wind power, solar power, or biomass. In 2018, hydropower was the largest source of renewable energy in Vietnam accounting for 40 percent of the total national electricity capacity.

Vietnam’s electricity demand is expected to increase by an average of 10 percent for the next five years. The Electricity of Vietnam (EVN’s) estimates that Vietnam will need around $150 billion in capital investments for generation and grid upgrades. Vietnam also has the potential to meet these growing demands through the help of renewables. According to McKinsey & Company, Vietnam has four to five kilowatt-hours per square meter for solar and 3,000 kilometers of coastlines with consistent winds in the range of 5.5 to 7.3 meters per second. Vietnam is yet to tap into its full renewable energy potential.

However, a lot of its potential has been explored by Vietnam, most notably in the last six years. In 2014, the installed capacity for renewables in Vietnam stood at 109 megawatts, about one-third of one percent of the country’s total installed capacity of 34,079 MW. However, by the end of 2019, wind and solar accounted for 5,700 MW of installed capacity. The exploration of wind and solar in Vietnam went up exponentially during those five years. The country also overtook Thailand as the largest solar market in Southeast Asia after it witnessed a surge in installed capacity over the past four years. This is mainly attributed to the Vietnamese government’s decision to issue the first feed-in-tariff (FIT) policy for solar projects.

According to the International Energy Agency (IEA), Vietnam is the second-largest electricity consumer in the Southeast Asian region. It’s important to note that the region has one of the fastest-growing levels of energy demand in the world. In the last two decades, demand for electricity in Vietnam has grown 6 percent every year on average. Vietnam also ranked 65th out of 115 countries in the World Economic Forum’s 2020 Energy Transition Index, behind Namibia and ahead of Ghana.

The primary reason for the renewable energy boom in Vietnam is its explosive economic growth. Vietnam’s rapid growth is driving up energy consumption in the country significantly. According to reports, Vietnam was the top-performing Asian economy in 2020. While the coronavirus pushed the global economy into a recession in 2020, Vietnam did not witness a single quarterly contraction which is a remarkable feat. According to government estimates released in December, the Vietnamese economy grew 2.9 percent year-on-year in 2020. In 2019, Vietnam’s GDP expanded by 6.8 percent.

According to state-owned utility company Vietnam Electricity (EVN), energy supplied by the company in Vietnam has increased from 128.6 terawatt hours (TWh) in 2014 to 209.4 TWh in 2019. The consumption rate of electricity in Vietnam is reportedly higher than its GDP growth rate. This points out that there is an insatiable demand for more electricity generation and investment in Vietnam.

Vietnam’s geographical positioning also gives it a big advantage over other countries when it comes to renewables, especially solar energy. On average, Vietnam has a Direct Normal Irradiation (DNI) of 2.67 KWh/m2 and receives more than 2,000 hours of sunshine every year. Southern provinces are hotspots when it comes to solar projects. Some provinces in Vietnam receive over 2,450 hours of sunshine yearly and a DNI of over 3.5 KWh/m2, it was reported.

Vietnam to double use of renewables by 2030

Vietnam also announced that it wants to double the use of renewable energy and slash its carbon emissions by 15 percent by the end of 2030. It means Vietnam will reduce its reliance on coal for electricity, which is often seen as an unclean source of energy and contributes to climate change. According to the Vietnamese government, solar, wind and other alternative energy will comprise 15 percent to 20 percent of the power supply in the next 10 years. Renewables made up just 13 percent of Vietnam’s energy mix in 2020. While the plan is ambitious, it does reflect the government’s push to transition towards renewables.

The government plans to further cut emissions by 20 percent by 2045. Increasing renewable energy capacity will also help Vietnam meet its pledge to cut carbon emission by 8 percent or 25 percent with the help of foreign aid, as per the 2015 Paris climate accord.

The government has also incentivised renewable investments, including attractive prices to attract private investors. There is a growing demand for electricity in Vietnam as many manufacturers are shifting their manufacturing hub from China to Vietnam. The country also considers itself as one of the five countries that faces the greatest threat from climate change as it has a long coastline. Hence, by doubling renewable usage, Vietnam expects to reduce the threat.
According to the World Bank and Danish Energy Agency, Vietnam will tap into 10GW of offshore wind energy by 2030. The Southeast Asian country has an estimated potential of 160GW offshore wind energy within 5 kilometres to 100 kilometres from shore. In this context, Ministry of Industry and Trade director general of electricity and renewable energy Hoang Tien Dung said that the government of Vietnam is always committed to the development of a sustainable energy sector and the timing now is very critical with our national Power Development Plan 8 preparation by the Ministry of Trade and Industry being underway.

In 2017, solar energy’s contribution to Vietnam’s energy mix was so small that it was almost negligible. However, in the next two years, Vietnam overtook Southeast Asian countries such as Malaysia and Thailand to reach the largest installed capacity of solar panels in the region. By 2019, Vietnam had 5 gigawatts (GW) of photovoltaic projects, exceeding the 1 GW by 2020 target. The government also announced the revised feed-in-Tariffs (FiT) that came shortly after it announced to double its renewable power generation capacity over the next decade.

The Ministry of Industry and Trade of Vietnam (MOIT) released the draft proposal for the national power development plan for the period of 2021-2030 on 22 February 2021. The updated draft consists of an 843 page long main explanatory report with an addition of 174 pages long appendices. It provides a blueprint of sort for energy projects in Vietnam and the planned total capacity through to 2045.

Through the draft, MOIT has revealed that it is preparing short-to-medium term plans annually or every other year, which would set out the plans for developing power sources and the grid in that period. It was also revealed that the government is contemplating establishing bidding authorities to oversee the whole process. Bidding will be of three different types: project-based bidding for large-scale projects; public bidding for wind and solar projects and substation-based bidding.

In addition to developing the PDP VIII, the MOIT also submitted a proposal that outlines a pilot programme on the direct power purchase agreement (DPPA) mechanism. It is a welcoming move for investors or private players as it will allow producers to sell electricity to corporate consumers instead of going through a state-owned electric utility company.

While there are some criticisms for the programme, it is indeed a positive development for the growth of renewables in the country. These developments do point out that the Vietnamese government is willing to establish favourable mechanisms to attract investors in the renewable energy sector in Vietnam.

Vietnam provided households and businesses with incentives to install rooftop solar panels. This scheme resulted in 9.3 gigawatts of energy being added to Vietnam’s energy mix, which is equivalent to six coal-fired plants. Vietnam added more than 101,000 rooftop installations on homes, offices and factories. This resulted in a 25x increase in its solar generating capacity in just 12 months, which is a remarkable feat.

Another important feature of the incentive scheme was a generous fiT for solar users to sell surplus power to the national electricity grid at a guaranteed price. After the success of its new rooftop solar scheme, Vietnam generates nearly a quarter of its electricity from solar. The growth of solar energy in Vietnam also received a boost from changes to the law on public/private partnerships.

Deputy Minister Hoang Quoc Vuong also announced that by the end of 2030, Vietnam will need around $7 to $8 billion investments to develop 7,500MW of power capacity each year, indicating the large potential of the power industry. Over the years, Vietnam has attracted foreign investments when it comes to renewable energy.

The transaction was completed during the first quarter of 2021. Dam Nai Wind, which is located in the Ninh Thuan province approximately 350 kilometres north of Ho Chi Minh City, was constructed in two phases. While the first phase was completed in October 2017, the second phase reached commercial operations in December 2018. The wind farm covers an area of approximately 133,000 square metres at 10 metres above sea level.

Earlier this year, Sunleap Group, the largest and most established clean energy solutions provider in Singapore, signed a 20-year Power Purchase Agreement (PPAs) to supply clean energy to Vietnam. Sunleap signed the agreement with Vietnam Electricity. It will generate solar energy from seven newly commissioned solar plants in the country.

Frank Phuan, co-founder and chief executive officer of Sunseap Group told the media, “It was no mean feat installing and commissioning seven solar plants in Vietnam within three months and in the face of the pandemic-related travel restrictions and supply disruptions.

“We hope this demonstrates to our partners and potential partners Sunseap’s strong end-to-end project development and management competencies and our ability to complete a project within a tight deadline. The Vietnamese government has been incredibly supportive of clean energy and we look forward to more opportunities to power the country’s economic growth in a sustainable manner.”

Even before the Covid-19 pandemic hit the world, energy transition in the Association of Southeast Asian Nations (ASEAN) countries was already happening. The demand for the transition to renewable energy was gaining prominence throughout Southeast Asia. Even though the region has a long way to go to match Europe or the US, renewable energy infrastructure investment in the region had been strong before Covid-19.

Top ASEAN leaders have set up a five-year sustainability plan under the second phase of ASEAN Plan of Action for Energy Cooperation (APAEC) 2021-2025. They agreed to set a target of 23 percent share of renewable energy in total primary energy supply in the region and 35 percent in ASEAN installed power capacity by 2025. To achieve the goal, the region would need 35GW-40GW of renewable energy capacity to be added by 2025.

Four countries in the region account for 84 percent of the total installed renewable energy capacity. Vietnam leads the sustainability change with a 34 percent share, followed by Thailand with 17 percent. Indonesia with 13 percent, Malaysia also with 10 percent and the Philippines also with 10 percent.