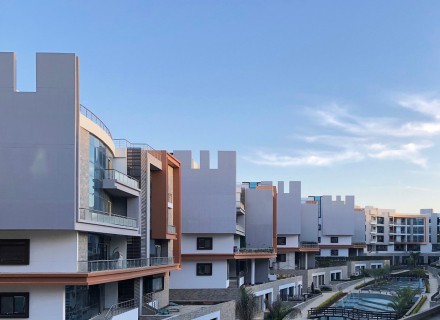 It is reported that the company will roll out the 1,500 sqm Centric Business District project’s third phase in New Cairo. The expected sales for the project are around EGP 200 million. The phase comprises 40 units in a variety of areas starting from 59 sqm.

Company’s Chairperson El Sayed Mossad, told the media, “The company plans to complete the phase marketing for the development during the last quarter (Q4) of 2020. Upturn Developments’ expansion plan during the coming period includes forays in the New Administrative Capital (NAC), with the company also planning to launch a new project during Q1 of 2020. The NAC is one of the most promising national projects launched by the state, due to its clear and specific vision focused on moving urban congestion outside of Cairo. Moreover, the government’s move to the capital will boost demand by developers to invest in such mega projects.”

The new Cairo region is being used by the citizens as a getaway during summer season. The region is gaining popularity as tourists visit the region through the year. Furthermore, the company plans to establish a residential and commercial project in New Alamein City. Currently, the investment plan for the West Cairo region is not a part of the company’s expansion plan.

Egypt is becoming a hotbed for real estate investments in recent years due to rapid developments in the housing sector.

Chinese insurer Ping An raises $875 mn from GIC and others