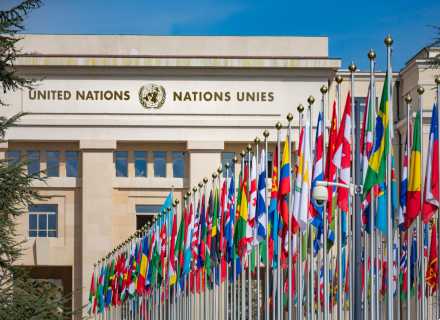 On Tuesday, the United Nations organization revealed its plans of reviving the economies of China and the US by revising its global economic forecast by 5.4 percent for 2021. It has been no secret that the world economy has suffered drastic loss because of the Covid-19 pandemic. But the government body also warned that the huge surge in Covid-19 cases and the scarcity of vaccines might slow down a worldwide recovery.

UN also raised its projection from 4.7 percent as announced in January and their mid-2021 World Economic Situation and Prospects report pointed out that rapid rollout of vaccines in few larger economies led by the US and China, along with an increase in global trade in merchandise and manufactured goods which has already reached a pre-pandemic level.

UN also cautioned saying that, “this will unlikely be sufficient to lift the rest of the world’s economies,” and “the economic outlook for the countries in South Asia, sub-Saharan Africa, and Latin America and the Caribbean remains fragile and uncertain.”

Hamid Rashid, who is the chief of the Global Economic Monitoring Branch in the Department of Economic and Social Affairs in the UN revealed that Europe is not looking as bright as expected and it is already showing signs of the second and third wave of Covid-19 infections.

While talking about how citizens can turn the situation around, he said that the key challenge that is being faced by the world right now is that the viral infection is still ravaging many countries in the world and scientists are finding more and more new variants and new mutations which are primarily affecting populations in South Asia, also in Latin America. Experts also mentioned vaccination is right now the only way to revive the world economy and bring it on a steady path of recovery.