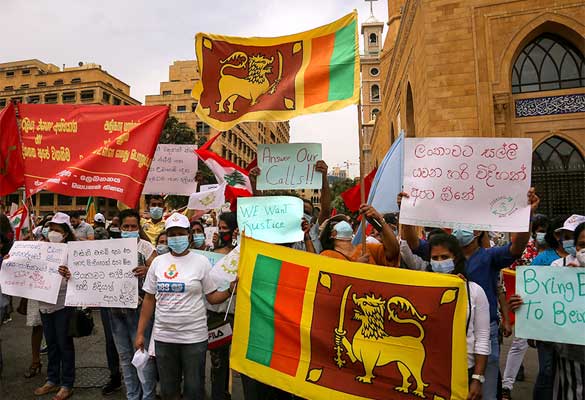 Sri Lanka is currently stuck in an unprecedented economic crisis that the country itself brought with domestic factors being the main reason. These include years of foreign-debt-fuelled government spending, ill-timed tax cuts, policies that hurt crop yield, and a drastic drop in tourism during the pandemic.

With the Russia-Ukraine war, the imbalance of finances has led to the surge in the prices of oil and food. This in turn has turned the country into something which cannot be reversed.

As per the central bank data, the market price for rice and wheat has doubled. Diesel prices have shot up. All of this led to widespread shortages and blackouts provoking people to protest and at the same time demanding resignation of President Gotabaya Rajapaksa.

As seen in February, Sri Lanka’s foreign currency reserve fell drastically. The country then negotiated a $500 million credit line with India to import oil, which would help in powering transportation, and industries. It could, at the same time account for 40 percent of the electricity generation. However, according to the finance minister, this credit line would be exhausted by the end of this month.

Indian Finance Minister, Nirmala Sitharaman in a meeting with the Sri Lankan finance minister, Ali Sabry has assured Sri Lanka that India will provide all possible help and cooperation to the country.