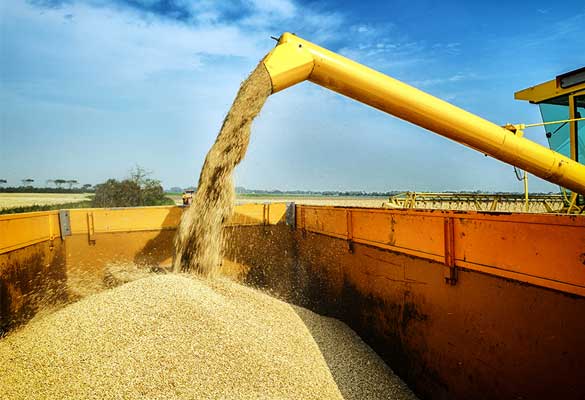 Odesa, the third-most populous city and a municipality in Ukraine, has the largest commercial port in the country. The region has many residents depending on farming, who now struggle under foreign occupation.

One such case is a 42-year-old farmer, Igor Shumeyko, who says that the farming industry is in a pile of war-related problems.

He doesn’t know what to do with this season’s crop growing in his 1,000-hectare field outside the city. Before Russia’s invasion, he would load the grain onto the truck and transport it 15 miles from his village to Odesa, the biggest commercial port in the country. The food products would then continue their journey by ship across the Black Sea.

Ukraine’s grain is estimated to help feed around 400 million people. Egypt, Tunisia, and other countries are importers of Ukrainian produce.

However, since Russia invaded Ukraine, all of this has stopped. With Russia capturing Ukraine’s seaports, the country cannot export its agricultural produce, putting a stop to almost 22m tonnes of food.

According to several farmers, they are left with no space to store this summer’s harvest. Some of them are erecting makeshift storehouses for the produce.

Even the UN World Food Programme has warned that millions will die if Ukraine’s ports remain blocked. Vladimir Putin has offered to open the sea corridor if the west lifts ‘politically motivated’ sanctions on Russia.

UN Secretary-General Antonio Guterres stated that the whole world faces the aftermath of the Russia-Ukraine war. It is worsening the food insecurity in poorer nations due to rising prices. He added that the war could lead to a global food crisis lasting several years. Some countries may even face long-term famines.

A look at the future of Britain’s public transport