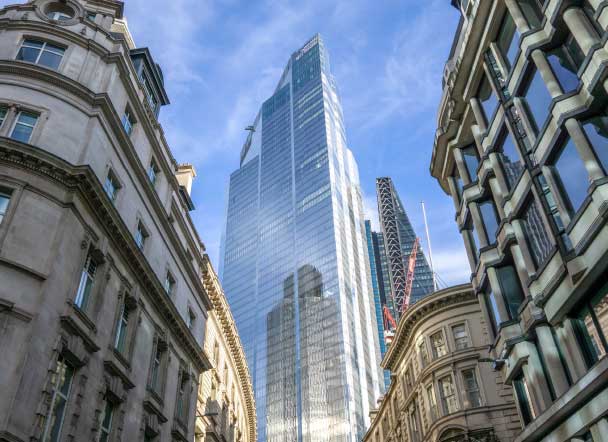 UK’s real estate market has been roaring in prosperity in the past six months. Following that, according to the nation’s leading analysts, the market is now showing signs that it might touch base. Amidst the onset of Covid-19, October 2020 was considered the busiest in at least a decade. The number of homes that changed hands surpassed the total records in the months before the pandemic. The UK government department that handles tax collection estimates that 105,630 residential transactions occurred in October 2020. The numbers are usually adjusted depending on the seasons to account for predictable and regular annual fluctuations in the real estate sector. The industry was shattered during the nation’s first lockdown. During April and May, the deals also plummeted, and the transactions have surpassed the pre-pandemic levels seen in the lead-up to the closures. Eventually, the reopening of the UK property market and the stamp duty holiday caused a significant influx of buyer demand.

As the spread of the virus came into control towards the end of 2020, demand also began to rise and translate into transactions. The lagged nature of selling property and the positive health report seemed to be the beginning of a gradual increase in transaction volumes from November 2020.

The prices of the property came down in January for the first time since June 2020. The buyers’ enthusiasm also faded amidst the stamp duty holiday deadline and the lockdown due to Covid-19. Property values increased 6.4 percent annually in April 2021, which is down from 7.3 percent in December 2020 and the average price in the UK was $313,694.
Covid-19 impacts on the UK economy

The government has been targeting to have all the adults vaccinated and is expecting to pave the way to ease restrictions on public health. The British houses were built to save a war chest of around £180 billion in 2020. Once the lockdown comes to an end, a quarter of this savings is expected to be spent on a ‘degree of euphoria’ by the government, especially among the high-end classes who tend to treat themselves when the economy opens up. The government plans to focus on the furlough scheme, self-employment and a super-deduction policy to encourage business investments. It is an extra £60 billion in a year of borrowed money. The borrowing process is expected to be significantly higher in the upcoming financial year. It will rise to a peacetime high of £354.6 billion in 2021 which will contribute to the economy. The UK debt pile size is expected to remain prominent than the economy until the middle of the decade. Officials state that the country, along with the world, will take a long time to recover from the current economic crisis due to the first and second wave of Covid-19.

The extension is considered fair because of the completion dates for buyers and sellers that have been jeopardised. The three-month taper until October could make any cliff-edge in June feel less steep. The extension is a significant relief to the people involved in buying and selling of properties. Analysts from the UK expressed that another kick-start to the property market would help it steady better, especially during the spring month. The extension also gives borrowers another chance to make it to the deadline and retain borrowers who were about to withdraw from the house purchase process. Though it is not a cheap measure, it is estimated to cost taxpayers around £1.6 billion.

The market to bounce back

The real estate market in the UK has the highest possibilities to bounce back because of various contributing factors like an economic recovery or increase in income growth. The government has also eased the lockdown measures and restrictions on social distancing. Additionally, UK’s fast and efficient vaccine roll-out programme will boost buyer sentiments. This continuous support from the government will also help boost the industry in a short period of time. The mortgage interest rates have been lowered making borrowing more affordable for homebuyers and property investors.
The demand for homes in the UK from January to March 2021 has risen 5.7 percent quarter over quarter as per the data released in early April. The data had measured the index based on the demands and homes under contract or sold against the total number of properties in the market. In the UK, the demand was at 60 percent in the first quarter of 2021 compared to 54 percent at the end of 2020.

In mid-February, London’s sale of luxury homes rose 15 percent annually in three months from November 2020 to January 2021. The houses saw increased demand and were priced between £2 million and £5 million. In the face of the global homes in prime London areas continued to attract buyers who were seeking more privacy and space. During the same period, the number of apartment sales in the same price range fell 1 percent year over year. Yet, the most prominent low was for the apartments that were priced between £1 million and £2 million. The low was calculated to be an 8 percent decrease during the same period. Overall, house prices in prime London areas rose 5.2 percent annually compared to a 0.4 percent increase for apartments from November 2020 to January 2021.

The average prices also increased 1.6 percent compared to the previous year. New listings earlier this year was down by 15 percent from that of the year before. It was also a time when many new sellers were blooming in the market. In early 2020 the market in central London was speeding up.

Stamp duty holiday in the UK

Stamp duty land tax is paid on the purchase of properties or land in England and Northern Ireland. Last summer, the government increased the cap to £500,000 which means buyers completing a purchase on main residential property that could cost up to £500,000 before June 30 need not pay stamp duty. Properties valued more than that were taxed based on their value above the amount.

The nation expected the stamp duty holiday to expire on March 31, however, it was extended to the end of June. It was one of the catalysts for the UK’s thriving real estate market. Stamp duty holiday has affected the property sales’ timing, and few first-time buyers are placed better to afford homes after saving some finance during the lockdown.

There have been multiple requests by the public to push back the deadline on the tax saving. In early March, the UK government announced it is to further extend the stamp duty holiday till the end of June 2021. After the extension, the nil rate band is expected to be set at £250,000. It has doubled its standard level that will remain the same until September end. The extension will make the transition smooth after the global pandemic. It will be back again to the usual £125,000 only by October. There was also a relief from the equivalent taxes for the property buyers in Scotland and Wales.

Analysts also suggested that it would be a sensible move to narrow the holiday and eschew cliff-edge moments for the housing market or the economy. The mobility of labour should also be taken into consideration while deciding the tax. However, in the second half of 2020, it is expected that demands become steady and more seasonal. According to the HM Revenue and Customs (HMRC) figures, the government’s annual take from the stamp duty is about £12 billion. This is roughly equivalent to 2 percent of the tax collected by the treasury.

Election and the real estate market

The general election that happened in December resulted in a rush of activity as buyers who were tensed of regime change returned to the market. The Conservative manifesto is committed not to increase income tax, VAT or natural insurance. The system is said to have a strategy of using corporation tax as a lift for foreign investments in the country. The market embraced the news in 2020. It meant that activities at the start of the following year are likely to be subdued in comparison.

The seller confidence was impacted highly because of the weather, the latest lockdown and the plan to end the stamp duty holiday back in March. In July 2020, the UK officials introduced a stamp duty holiday that suspends taxes on the first £500,000 of the properties sold in England and Northern Ireland. The stamp duty was to help boost the real estate market. It was planned by the government that the amount of money employees earn before paying tax be frozen at £12,570 until the middle of the decade. About 1.3 million people are estimated to start paying income tax by 2036 due to this freeze. When employees start paying higher tax, 40 percent of the tax rate will then be frozen at £50,270 from April. This move will also bring in an extra million people as taxpayers in the band within five years.

Since July 2020, people buying homes in England and Northern Ireland have not paid tax for their first £500,000. Stamp duty was recently planned by the government to be reintroduced on sales of other things. For first-home buyers, it has saved up to £15,000. Second-home buyers and landlords also use the tax cut, but they still pay the extra 3 percent of stamp duty that they were charged in the previous rules. From June 30 till the end of September 2021, the real estate market expects a staggering return to the last stamp duty rates.

From July 2021, the first time property buyers need not pay stamp duty on property purchases for up to £300,000. Lenders of the High Street are also preparing to offer mortgages to borrowers with a deposit of 5 percent under a new scheme of the government. The policy is designed in a way it benefits first-time buyers to secure a home. It will be available to buyers purchasing a home that costs up to £600,000 unless they are buy-to-let, second homes or new-builds in some cases.

Along with the revised taxes for property buyers, landlords of Scotland paid an extra 4 percent Land and Building Transaction Tax on top of standard rates. Like Scotland, the Welsh government also had temporary tax relief on certain sales. Until the end of June, homes in Wales that cost less than £250,000 need not pay tax. Welsh landlords still pay 4 percent of extra Land Transaction Tax on top of the standard rates.

A positive outlook even though uncertainty looms

As we enter 2021, we can say the outlook for the UK residential market is positive. Last year, we witnessed the residential segment outperform other segments such as office and retail. In the third quarter of 2020, residential returns were up by 2.4 percent and the only segment to register a positive return. The same trend is expected to be carried forward in 2021 as well. Investment in the residential segment was also strong in 2020. According to a CBRE research report, investments in residentials is going to climb steadily for the next five years.

It further said in its report, “This momentum will continue into 2021, and we expect a surge of sales in Q1 before the SDLT holiday ends. Revisions to the Government’s Help-to-Buy scheme also take effect from April 2021, meaning only first-time buyers will be eligible for the scheme. The removal of these two support mechanisms will dampen activity as the year progresses.

“Some emerging trends seen in the wake of lockdown will continue in 2021. People reassessing their housing needs has led to decisions to move out of city centre apartments in favour of suburban homes. For example, Zoopla’s July 2020 report noted that 3-bed houses were the most in-demand property type, and 4-bed houses were selling faster than the average flat. However, we see this as a short-term reaction of certain buyers rather than a wholesale market shift. We speculate that this trend will subside as the year progresses.”

Thus, it can be inferred that the UK real estate sector is preparing for fresh ways to generate, collect and deploy income. It is difficult to claim a positive outlook with certainty because there are high levels of uncertainties associated with the real estate market, be it the Covid-19 pandemic or Brexit.

AGOA has an edge over bilateral agreements