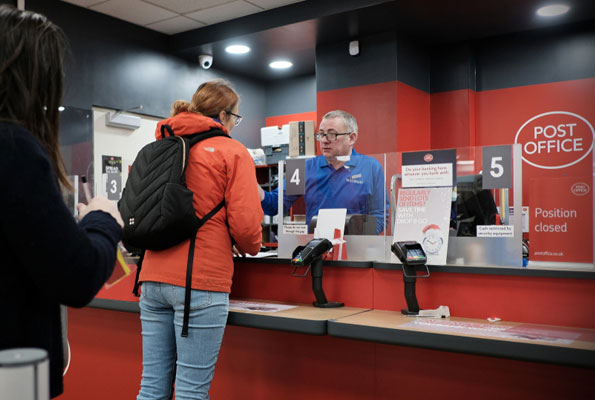 Due to the high cost of living, a record amount of cash is being withdrawn as consumers turn more and more to notes and coins to assist them to manage their budgets.

While the COVID-19 pandemic hastened the United Kingdom’s adoption of cards and digital payments, the economic crisis, which is predicted to result in higher inflation and an increase in many expenses, has caused an increasing number of people to once again turn to cash to help them budget their money.

The UK Post Office reported that its branches handled a record £801 million in personal cash withdrawals last month, up 20% from July 2021’s £665 million total and up nearly 8% from June.

At its 11,500 branches, more than £3.3 billion in cash was deposited and withdrawn in total. In its 360-year existence, the Post Office said that this was the first time the monthly total had exceeded £3.3 billion.

According to the Post Office, more and more people are becoming more dependent on cash as the tried and true means to manage a budget.

In addition to more Britons opting for summer staycations rather than trips overseas, it has been suggested that the record volume of personal cash withdrawals is the result of people trying to manage their budget on a weekly and even daily basis.

More than 600,000 cash reimbursements totaling nearly £90 million were handled by the UK Post Office last month for those who qualified for government assistance with their energy bills.

Customers can withdraw or deposit cash at post offices thanks to a program that involves more than 30 banks and building societies.

The epidemic further accelerated previously existing changes in spending patterns, resulting in a reduction of 35% in payments made in notes and coins in 2020.

Many companies, large and small, have ceased accepting cash, and others, including numerous well-known restaurant chains, appear to have switched to a card-only system permanently.

This year, it was determined that the Financial Conduct Authority would be given authority to ensure local communities throughout the United Kingdom have access to money amid worries that millions of people would be left behind.

The Post Office’s banking director, Martin Kearsley, said our most recent results plainly demonstrate that Britain is anything but a cashless country.

Cash access, he continued, is vital in every community, whether it’s to assist pay for a staycation or prepare for growing expenditures, like the recent hike in energy prices anticipated in the autumn.