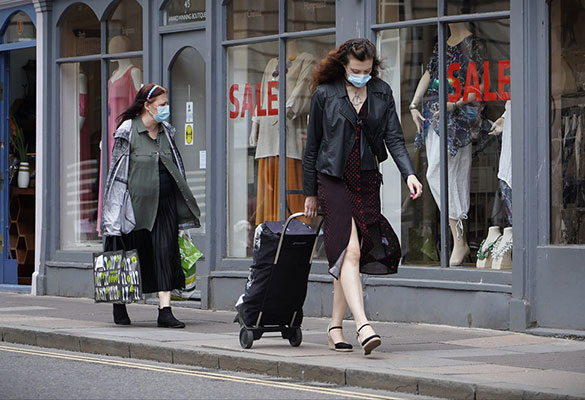 Britain’s economy grew at the slowest pace since the height of lockdown in February as purchasing managers point out that staff shortages have left them unable to meet demand, thereby pushing back the previously projected economic recovery, according to media reports.

In its survey, IHS Markit lash composite PMI dropped for the third month in a row, reading 55.3 in August, well below the 58.7 predicted by economists. This is the lowest recorded activity in the last six months for services and manufacturing. While most of the restrictions in the UK have been lifted, the number of Covid-19 cases still remain high. This has resulted in shortages of staff and materials, which, in turn, hindered growth of the economy.

Chris Williamson, chief business economist at IHS Markit told the media, “There are clear signs of the recovery losing momentum in the third quarter after a buoyant second quarter. Despite Covid-19 containment measures easing to the lowest since the pandemic began, rising virus case numbers are deterring many forms of spending, notably by consumers, and have hit growth via worsening staff and supply shortages.”

Another report from Britain’s biggest lobby group CBI showed manufacturing output slipped in August from a record rate in July. While the expansion remained above 3 percent due to an expansion in food, drinks and tobacco, car production dwindled, thereby bringing down the index. The report also mentioned that 262 manufacturers surveyed expect growth to speed up over the next three month along with prices reaching a new 30-year high.