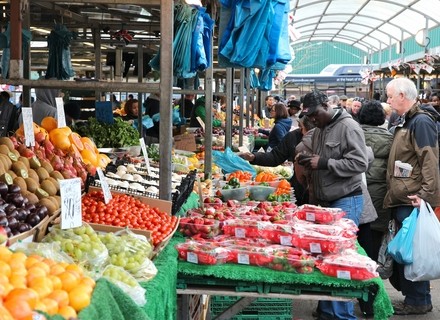 Consumer spending in the UK remained volatile after a second month of lockdown due to the pandemic. It is reported that consumer spending in February was 13.8 percent lower than the same period a year ago. The report is produced by Barclaycard.

The sale of essential commodities surged 5.3 percent along with a growth in online grocery shopping. However, the sale of non-essential dipped 22.1. The UK’s economy is expected to rebound strongly after the pandemic slowly fade away and restrictions are lifted, as it already recorded its biggest downturn in three centuries in 2020.
It is reported that consumers’ confidence in the wider economy surged 28 percent to 4 percentage points.

According to a survey initiated by the British Retail Consortium (BRC) trade body, currently consumers are focusing on purchasing essential commodities. The survey indicates that overall retail spending at major retail chains surged 1 percent last month as compared to the same period in 2020. Food sales grew 7.9 percent over the three months to February, however, the sale of non-essential food items slumped 5.5 percent in the past three months.

Paul Martin, UK head of retail at accountants KPMG which produces the survey with the BRC, told the media. “Sunak’s budget last week offered only short-term help for retailers. Conditions will continue to be incredibly challenging as they face subdued demand, thinner margins and rising logistics costs, alongside the accelerated structural changes to the sector.”
The pandemic has walloped many economies like the UK.

ACWA Power signs MoU with Natixis for projects worth $2 bn