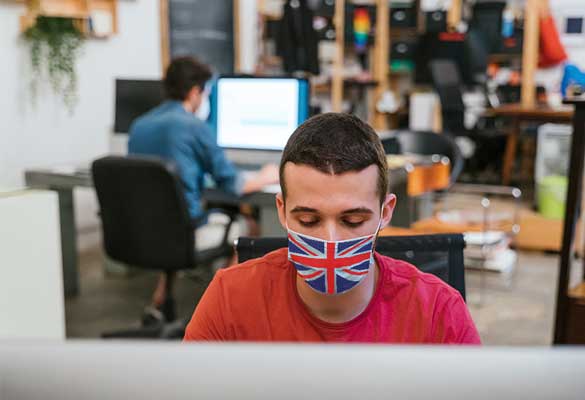 According to a global poll, the regular United Kingdom worker spends less than 1.5 days per week at the workplace, with Friday being the most popular day for working from home.

The hybrid-working genie is out of the bottle because of the COVID-19 pandemic, according to AWA managing director Andrew Mawson.

The global survey found that the average weekly office attendance rate for those working in the banking sector was 47%, while those in the tech and logistics sectors were more inclined to work from home, going into the office only 15% of the time.

The study also discovered that United Kingdom employees showed up to work on average for less than one day per week in organizations without a hybrid working arrangement. Employee attendance averages barely 2.1 days per week, even in organizations that try to mandate three days of attendance.

The typical number of days spent in the office each week is two when an employer gives its employees the freedom to decide whether to come in or not.

Employees in the United Kingdom refuse to go to work two to three days a week, despite bosses’ best efforts, according to Andrew Mawson.

“Organizations need to take a close look at the statistics indicating that two-thirds of desks are vacant and collaborate with their staff to create better, more efficient ways of working that will fit with how people want to live their lives, save money, and be more environmentally friendly,” Andrew Mawson said.

Prior surveys carried out during COVID-19, according to the AWA, revealed that before the pandemic, employees were coming into the office on average 3.8 days per week.

The AWA discovered that employees were only coming into the workplace 1.4 days a week, which is 26% less than the United Kingdom average. The survey covered 36 offices in 12 other nations. With a peak of 31% on Wednesdays, the office is busiest.