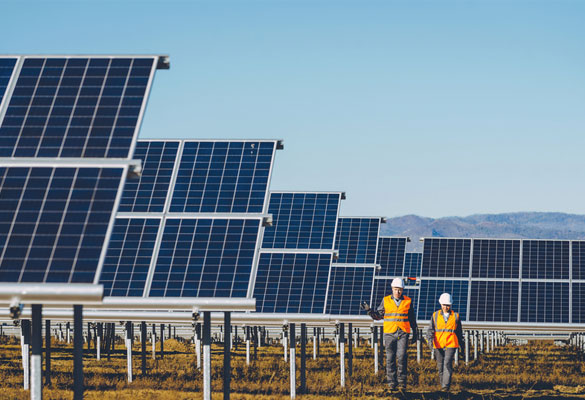 Iraq signed a contract with United Arab Emirates (UAE)-based energy company Masdar five solar power plants and the first phase of the project will include the generation of 1,000 megawatts out of a total capacity of 2,000 megawatts, according to media reports.

According to a statement released by the media office of Iraqi Prime Minister Mustafa al-Kadhimi, the signing ceremony was attended by officials from the Iraqi Ministry of Electricity and the UAE’ Masdar, a renewable energy developer.

The statement read, “This is the first practical step taken by the government to rely on alternative, clean and renewable energies to generate electric power and meet Iraq’s energy needs.”

Iraq has also signed an initial agreement with PowerChina last month to build solar power plants with a capacity of 2,000 megawatts, according to media reports. According to a tweet by the Iraqi government, the first stage of the project will have a capacity of 750 megawatts. Iraq suffers from hours-long power cuts due to grid failures every day, but the power crisis increases in the summer months when temperatures regularly reach 50 degrees and households rely on air conditioning.