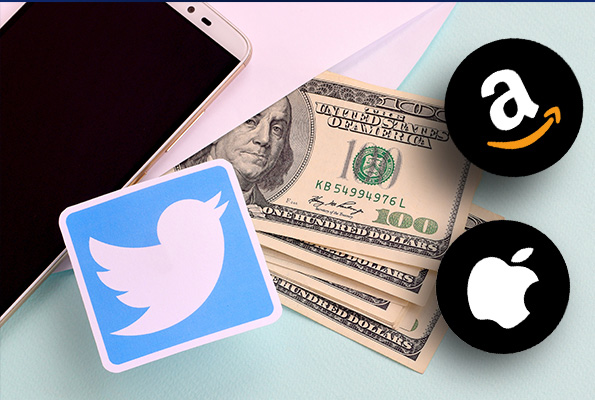 The developments come as Twitter issued an email to advertising agencies providing incentives for advertisers to spend more on the site in an effort to revive its business after billionaire Elon Musk’s acquisition caused many companies to pull back.

In the email Reuters saw, Twitter referred to the offer as the “biggest advertiser incentive ever on Twitter.” The email stated that US advertisers who book USD 500,000 in incremental expenditure would be eligible to have their spending matched with a “100% value add” up to a ceiling of USD 1 million.

According to a Platformer News reporter’s tweet, Amazon intends to restart running ads on Twitter for around USD 100 million per year, subject to making minor security adjustments to the company’s advertisement network.

Amazon had never stopped running Twitter ads, a source with knowledge of the situation told Reuters.

Elon Musk reportedly stated that Apple is the most prominent advertiser on Twitter and that the company has “fully resumed” advertising on the platform. This information was obtained from a report published by Bloomberg.

There have been instances of spammers posing as significant public firms during Elon Musk’s first month as the owner of Twitter, which has alarmed the advertising sector. Additionally, the indiscriminate firing of the micro-blogging platform’s staffers, including those who are responsible for the moderation of content on the platform, didn’t help things either.

Since Elon Musk’s acquisition, a number of companies have stopped or cancelled their advertising on Twitter. These include General Mills Inc. and luxury automaker Audi of America. Elon Musk stated in November that the company had witnessed a “massive” revenue loss.

Meanwhile, Elon Musk criticized San Francisco mayor London Breed following a report that the city is investigating Twitter for setting up bedrooms at its headquarters. The billionaire said that his company was being attacked for “providing beds for tired employees.”

His reaction came after a spokesperson for the city’s Department of Building Inspections told the San Francisco Chronicle that it might conduct a site inspection on the micro-blogging platform’s San Francisco office.