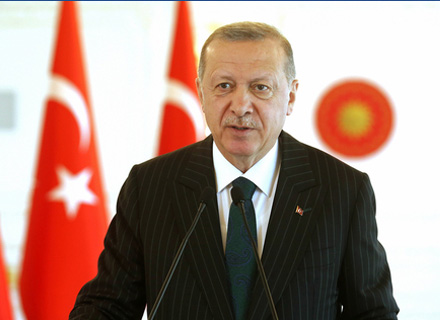 President Erdogan addressed the media before leaving for Brussels to attend a NATO meeting and announced the foreign exchange swap facility. He further added that the agreement is fundamental as it is with China, one of the biggest traders of Turkey.

In order to boost the already pressured Turkish lira, a policy of state bank sales of $128 billion was issued, but, in return, it depleted the foreign exchange reserves of the central bank.

Following this, though the country appealed to foreign allies for new swap funding, it only secured very little. The interest rates will start to increase towards the end of the third quarter, which briefly eased the economic pressure. Yet, the Turkish lira dropped to a new low at the start of June. During the same time last year, the central bank stated that it had utilised its funding facilities for yuan for the first time. The action was under the prior swap agreement with the People’s Bank of China.

Last month President Erdogan removed a third senior member of the Monetary Policy Committee in two months. This was criticised as a more significant political interference in monetary policymaking.

South African economy projected to grow less than 5% in 2021