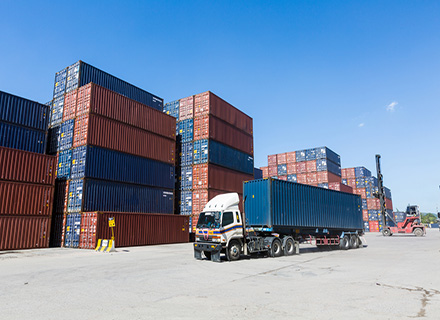 Saudi Arabia has recently announced that they plan the transport and logistics sector to contribute to 10 percent of its GDP by 2030, from 6 percent at present, as a part of the Kingdom’s new strategy, according to Minister of Transport, Saleh Aljasser. Last week, Crown Prince Mohammed bin Salman launched a brand new transport and logistics programme.

In a press conference, he said that some of the goals for the implementation of the strategy include tripling air transport movement, linking the cities of Makkah, Jeddah and Madinah through a 450-kilometre express train, connecting the eastern and western part of the Kingdom and the ports, and joining the Gulf-wide rail network.

The new transport and logistics programme will help position the Kingdom as a global logistics hub connecting all three continents and improving transport services keeping in line with Saudi Vision 2030.

Bassam Al-Bassam, deputy minister for telecom and digital infrastructure at the Ministry of Communication and Technology (MCIT) told the media, “We are enabling local champions to play a bigger role in the coming phase of Saudi Vision 2030, to increase the growth of hyper-scale co-location capacity data centres needed to attract other digital investments, such as cloud service providers, gaming publishers, video streaming service operators and content delivery network (CDN) operators to localise their services inside the Kingdom.”

Saudi Arabia plans to invest $147 billion in transport and logistics over nine years as the Crown Prince looks to turn the kingdom into an aviation hub. Around 35 percent of the spending will come from the private sector as they launch a new airline, expand airports, build a broader train network, and explore new technologies.