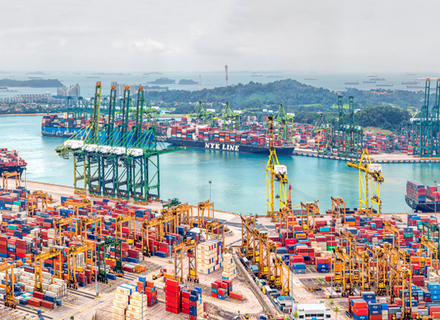 Japan-based Toyota Tsusho Petroleum (TTP) has recently announced to the media that it is to conduct biofuel trials in the Port of Singapore. The company is one of the latest players to make the announcement and conduct trials at the city port. The trial by TTP is expected to run from April to September 2021 collaborating with other partners.

Prior to the announcement, BHP, the global resources company, German-based shipping company Oldendorff Carriers and GoodFuels, an advanced biofuels company conducted the first marine fuel trial with the help of the Maritime and Port Authority of Singapore. It involved an ocean-going vessel bunkered in Singapore in early April.

The trial by TTP is expected to run from April to September 2021 collaborating with other partners. It is aimed at regular use of biodiesel fuel in the international maritime transport market. During the trial period, the company is to verify technical matters such as oxidation and storage stability of the biofuels. It also will acquire knowledge by ship emissions.

TTP in addition to the trial also supplied biofuel produced in Europe. It was sold by Netherlands-based GoodFuels for foreign ships at the Port of Singapore. It is said that this is the first time that biofuel is bunkered in the country. The initiative by TTP is derived from the cooking and vegetable oil waste. The company has pledged to curb its carbon footprint.

The International Maritime Organisation has adopted targets for its international shipping in order to reduce carbon intensity by 40 percent in the next decade. It also aims to reduce the total greenhouse gas emissions to 50 percent by 2050 in comparison to the levels in 2008. It is to note that the government of Japan has also established the goal of becoming carbon neutral by 2050 and under the Green Growth Strategy it is promoting a shift towards alternative fuels for ships from petroleum-derived heavy and light oil.

HSBC mulling over withdrawing its operations in Turkey