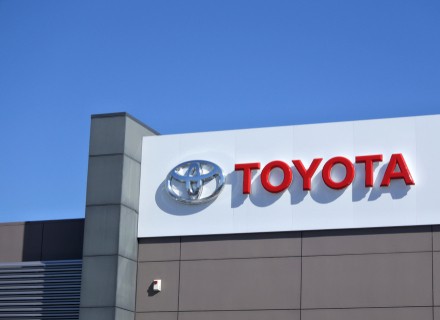 The pilot will be powered by DeCurret’s proprietary blockchain-based platform. The platform will issue and manage virtual currencies. The scalability of a peer-to-peer model, including payments related business issues, will be tested on the blockchain to a large group of people. Toyota Systems is the IT arm of Toyota.

Toyota has set up its own blockchain lab earlier this year and has been actively exploring the blockchain industry. The company joined a major industry alliance known as the R3 consortium in 2016. The company is not the only one to explore and experiment with virtual currency and blockchain. BMW Korea is also planning to conduct a blockchain-based token trial which is expected to see a complete rollout by the year-end.

French car manufacturer Renault piloted its blockchain project in September. The project will be used to facilitate compliance certification of vehicle parts. Daimler collaborated with a blockchain company Riddle & Code to launch a hardware wallet for self-driving vehicles and car-sharing platforms. The wallet will be helpful for creating a cryptographic identity for cars.