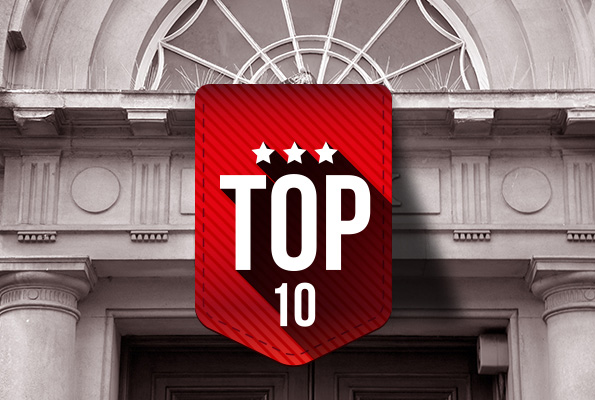 The 10 largest Asian American-owned banks saw growth in their market capitalization in 2022, continuing the momentum from the previous year.

Here is the list of the top 10 Asian American-owned banks organized according to their market capitalization.

East West Bank
East West Bank is one of the largest independent financial institutions established in Southern California. Established in 1973, it is the first federally chartered savings organization to serve Chinese Americans in Los Angeles.

Cathay Bank
Cathay Bank was established in 1962 and it is the first Chinese American bank to still be in business today. Cathay Bank, a division of Cathay General Bancorp, established its first overseas presence in 1985 with a representative office in Hong Kong (which later evolved into a branch) and a New York branch in 1999. Since then, Cathay Bank has expanded to include seven other states in addition to Beijing, Shanghai, and Taipei.

Bank Of Hope
Bank of Hope, a subsidiary of Hope Bancorp, was the first and is now the only super-regional Korean American bank in the United States. Since Bank of Hope was first established in Los Angeles, it has been able to offer financial services to the country’s largest Korean American population. Through its Hope Scholarship Foundation, the Bank of Hope has also given millions of dollars to students.

Hanmi Bank
Hanmi Bank was established in Los Angeles in 1982 with the goal of assisting the underserved immigrant community in Korea-town, earning it the distinction of being the first Korean American bank. The Hanmi Neighbor Volunteer Service Program, a first-of-its-kind corporate social responsibility (CSR) initiative offered by Hanmi Bank to its staff, is driven by individual labor involvement rather than corporate-sponsored activities. In addition, the bank’s Hanmi Dream Scholarship for At-Risk Youth Program provides aid for education to kids, especially foster children and those from households where domestic violence is a problem.

Preferred Bank
When Preferred Bank was established in 1991. The bank had the largest initial public offering with a USD 20.18 million over-subscription. Preferred Bank stands out from the majority of its rivals thanks to its expertise in a variety of market segments, including middle-market enterprises (manufacturing, service, and distribution organizations) and foreign market businesses (importers and exporters).

CTBC Bank Corp. (USA)
CTBC Bank was established in 1989 as China Trust Bank of New York (CTBNY). The bank is one of the first Asian American banks to operate on both the east and west coasts. It was bought by the parent business, China Trust Holdings Corp. (now CTBC Financial Holding), in 1995.

Royal Business Bank
Royal Business Bank was established in Los Angeles in 2008. In the past few years, Royal Business Bank has added numerous new locations and received numerous honors, including the Giraffe Award from the National Asian American Coalition, “Super Premier” status from Findley Reports in 2014, third place in S&P Global Market Intelligence’s ranking of top-performing community banks with assets between USD 1 billion and USD 10 billion in 2016, and second place in the same ranking the following year.

Bank Of Guam
When Typhoon Pamela struck in 1976, the Bank of Guam offered emergency loans for home repairs, more than USD 5 million in disaster food stamps, and a USD 5 million loan to the Government of Guam to help with typhoon relief. The Bank of Guam had developed into one of the most significant financial organizations in the Western Pacific by 1980.

Leader Bank
Leader Bank, which originally opened its doors in 2002, has grown to be a significant local banking institution in the Boston metropolitan area. The bank was started by Sushil K. Tuli, the current chairperson, with a single branch in East Arlington with seven staff, and assets worth USD 6.5 million.

Pacific City Bank
California’s Pacific City Bank was established in 2003. The bank was founded in response to local demand for financial services and is committed to fostering growth in the areas where it does business. A number of community initiatives are supported by the bank, including LA Saves, Volunteer Income Tax Assistance, and the PCB Scholarship.