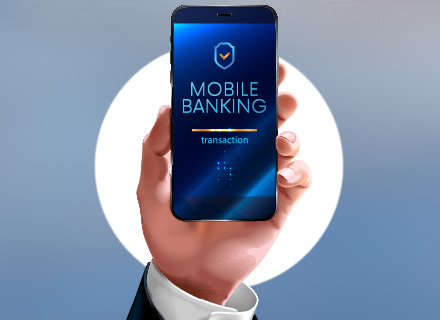 In recent years, mobile banking has become significantly popular in the UK. This trend can be attributed to the country’s rising number of active users. Experts believe that 72 percent of adults in the UK will use mobile apps for payments and transactions by 2023. To second that, statistics released by Eurostat indicate that the country ranks eight in terms of overall mobile banking users in Europe. Major banking firms are gearing up to offer both online and offline banking facilities. These are among the popular banks which provide mobile banking in the UK: Barclays, HSBC, Lloyds Bank, Metro Bank, Nationwide, NatWest and Santander. In addition, LeoPay, Monzo, Revolut and Starling Bank are some of the famed neobanks operating in the country.

The demand for digital banking among UK consumers is burgeoning
A 2019 industry report observed that 48 percent of the adults in the UK used mobile banking in 2018 which is higher than 41 percent in 2017. Another report published by the UK Finance notes that two billion bank payments were carried out through mobile banking in 2018, compared to 1.6 billion in 2017. Furthermore, the use of mobile payments apps such as Apple Pay and Google Pay have increased since last year as 16 percent of adults in the UK have registered for these services. The report also highlighted the fact that debit cards accounted for nearly 40 percent of all payments in 2018. It was in the same year that 61 percent of consumers in the demographic of above 65 years carried out contactless payments compared to 50 percent in the previous year. The use of cash slumped by 16 percent that year and is expected to further decline in the future.

Stephen Jones, chief executive of UK Finance, said in a statement, “More and more customers are now opting for the speed and convenience of paying with their contactless cards or using mobile banking to check their balances and make transfers while on the move. This rapid rate of technological change is set to continue over the coming decade, as people embrace the ever-widening number of ways to pay and manage their finances, depending on their needs and lifestyle.”

Inside FIS’ report on mobile banking
According to FIS’ 2019 report, mobile banking facilities grew rapidly among the majority of UK banks. With that, most of the UK’s population have preferred digital channels to carry out operations such as balance check, payments and deposits. First: It was found that 71 percent of banking related queries are taking place online, especially using tablets or smartphones while only 6 percent of in-person interactions were carried out at a bank branch since 2019. Second: Mobile apps for financial services are being used by 59 percent of UK consumers. The growth in online banking is the strongest among people aged between 18 and 27, while 40 percent prefer primary banking using a mobile banking app.

Interestingly, the issuance of plastic payment cards are expected to be low as 35 percent of consumers want banks to largely invest in new apps. The majority of UK banks have shown interest in investments related to digital security technologies such as facial recognition or fingerprint recognition. Also, 85 percent of consumers don’t prefer to engage in robot banking, while only 15 percent expect banks to provide AI-based voice banking services. This means the growing trend in digital banking does not imply as a substitute for human interaction.

Mobile banking will outpace physical stores in the UK by 2024
According to a new report, the demand for mobile banking in the UK will surpass high street branches and other forms of internet banking by 2021. Caci, an American IT company in its 2019 report observed that 25 million people in the UK are using mobile banking. Its report titled The Growth of Digital Banking 2019 found that mobile banking is burgeoning rapidly due to the change in demographic in the UK. Furthermore, the reports said that digital channels will accommodate more than three quarters of savings accounts in the next five years. It is expected that the percentage of the usage of banking apps will touch 71 percent by 2024. The report also noted that the percentage of branch banking users will drop down to 55 percent by 2024.

UK banks seek customer attention as mobile banking flourishes
Since the outbreak of Covid-19 pandemic, the majority of the people in the UK have shifted to mobile banking. Therefore, Banks such as Natwest and others are in a fierce battle to provide the best possible mobile banking experience for their current and new customers. Insider Intelligence’s second annual UK Mobile Banking Competitive Edge Study highlighted that 68 percent of all UK respondents surveyed use mobile banking. That said, 86 percent of the mobile banking users referred mobile as their primary banking channel and 62 percent of the users are ready to change their banks if they undergo a bad mobile banking experience. Currently, the most reliable mobile banking services in the UK are provided by Natwest. The bank stands out from others because it provides industry-leading digital money management insights to consumers. In terms of security and transfer features, Barclays ranks second, while the Lloyds has taken the third position. In a nutshell, consumers tend to highly prioritise security in mobile banking.

A breakthrough initiative in climate change