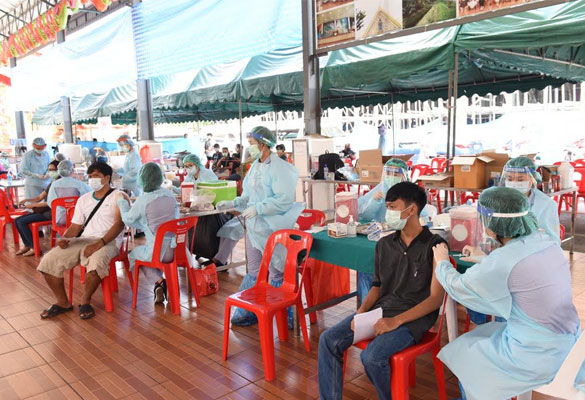 The Thailand government has decided to raise the ceiling of the public debt-to-GDP ratio from 60 percent to 70 percent, so that the country can borrow more money to fight against Covid-19 pandemic, according to media reports. This move will also help the government with more room to borrow for fiscal policies, thereby helping an already struggling economy.

Thailand has been dealing with the ravages of the Covid-19 pandemic and is facing the biggest breakout currently. To combat this, the government has taken stricter containment measures that might have affected the economic activities of some, but some of the restrictions have been eased as cases are decreasing.

Finance minister Arkhom Termpittayapaisith released a statement saying that the higher debt ceiling will also help the government to borrow more for fiscal policies in the medium term if required, and they can also maintain good debt servicing ability.

The latest debt limit was approved by the fiscal and monetary policy committee, chaired by Prime Minister Prayuth Chan-ocha, which will be reviewed every three years. Till July 2021, the recorded debt-to-GDP ratio was 55.59 percent.

Arkhom also mentioned that Thailand’s Debt-to-GDP ratio was still low compared with other countries even after the country borrowed large sums of money to fight the Covid-19 pandemic. To fight and contain the virus in the best manner possible, the Thailand government has introduced a range of stimulus and relief measures worth $45.86 billion in borrowing, including a 500 billion baht plan approved this year.