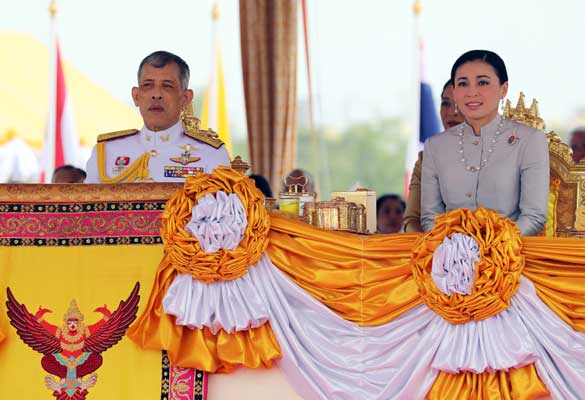 Thailand’s army has imposed a boycott on online retailer Lazada, which the government is investigating for allegedly disrespecting the country’s royal family in an advertisement.

The action will prevent 245,000 Thai military personnel from accessing e-commerce giant’s websites for official purposes. It is illegal to defame, insult, or threaten senior royal family members in Thailand. Singapore-based Lazada is one of the most prominent online merchants in Southeast Asia.

The announcement came after citizens loyal to the king protested over a TikTok video promoting a Lazada sale on May 5.

The advertisement, which featured a woman in a wheelchair, was criticized by royalists as mocking Princess Chulabhorn, King Vajiralongkorn’s younger sister, who uses a wheelchair due to Lupus, an autoimmune condition.

In a statement, Thai army spokesperson Colonel Sirichan Ngathong said the film was offensive to the king and created divisiveness in Thai society. She also added that all army units and army-related operations are now prohibited from ordering stuff through the Lazada platform or delivering items from Lazada.

Thailand’s digital economy minister, Chaiwut Thanakamanusorn, informed reporters that the government was considering legal action against the influencer and the video’s advertising firm, as well as Lazada.

Courts in Thailand can sentence anybody to up to 15 years in prison for defaming, insulting, or threatening King Maha Vajiralongkorn, the queen, their heirs, or regents.

Lazada has already apologized for the video’s emotional damage and claimed it should have been more cautious. According to Reuters, at least a half-dozen Thai businesses, including those operated by the palace, have stopped using Lazada as a result of the video.

A chip that detects micro movements without a camera