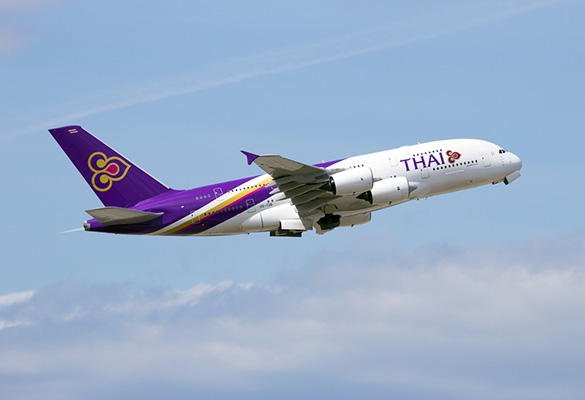 After winning a court approval to restructure its debt load of $12.9 billion, Thai Airways is now flying to 13 cities in 10 countries. The carrier is now operating in the Philippines, Hong Kong, Japan, South Korea, Australia, England, France, Germany, Switzerland, and Denmark, either directly from Bangkok or via Phuket.

According to an update to the Stock Exchange of Thailand on Tuesday, Thai’s new Acting CEO, Suvadhana Sibunruang said that the company is working with the Thai Government to support the Phuket Sandbox campaign, which is bringing in several Europe-bound flights via Phuket.

Additionally, there are also some direct flights from Europe into or out of Bangkok back in the Thai Airways timetable. The airways operates a twice-weekly flight between Bangkok and London, Bangkok and Frankfurt, and Bangkok and Copenhagen.

As Thai Airways ventures into 10 countries, Japan has combined with the airlines for 14 weekly flights to four different airports. For now, flights to both Lahore and Dhaka are unavailable and flights to neither destination are addressed in the recent stock exchange.

Economic growth in East Asia and Pacific to be slower this year: World Bank