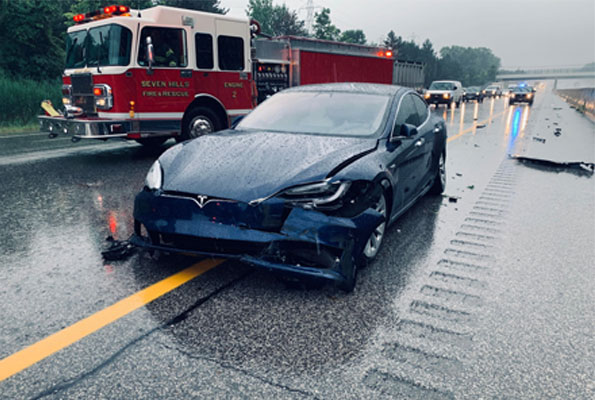 Vehicles using Tesla’s Autopilot software were involved in 273 crashes that happened in 2021, according to a report released by National Highway Traffic Safety Administration (NHTSA).

The report compares Advanced Driver Assistance Systems (ADAS) installed in Tesla with other company software on US roads.

ADAS features can automate vehicle functions such as steering, stopping, and acceleration but cannot entirely automate a car.

The information comes from a June mandate from the National Highway Traffic Safety Administration (NHTSA), which instructed automakers to report any known events involving their Level 2 driver-assistance systems.

There were 392 crashes involving ADAS systems between July 2021 and May 15, with Tesla reporting the most accidents.

The second was Honda, which had 90 crashes, Subaru with ten, Ford with five, and Toyota had four.

The research by the US government hopes to understand the risks and safety benefits involved in ADAS. Tesla is under scrutiny from regulators because of the number of crashes.

Tesla warns its drivers to pay full attention as several videos are circulating on the internet where the drivers are sleeping.

The NHTSA also cautioned that some manufacturers have easier access to crash data, which could impact the statistics. Some collisions might have gone unreported, while others counted twice if numerous vehicles with ADAS systems were involved.