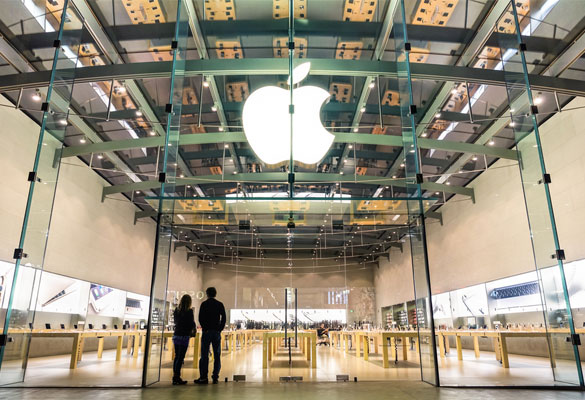 Three tech giants- Apple, Microsoft, and Alphabet have reported a combined profit of more than $50 billion with a total market value of $6.4 trillion in the April-June quarter, according to media reports. While these companies make more money in various ways, the massive increase in the amount of profit also reminded the power they possess, which is making the regulators worry thinking they might be becoming too powerful.

The massive amount of profit pouring from each company also revealed why the three companies have a combined market value of $6.4 trillion, which is more than double their collective value when the Covid-19 pandemic started 16 months ago.

Additionally, Apple’s first 5G phone model continues to increase its quarterly revenues and profit. Given that the iPhone sales consistently recorded double-digit growth over the previous year for the third consecutive quarter, Apple’s profit and revenues for the April-June quarter managed to exceed the number estimated by experts. The Cupertino, California, company earned $21.7 billion, thereby doubling its profits earned during the same period last year. Revenue surged 36 percent to $81.4 billion.

The iPhone 12, released last autumn is proving to be Apple’s most popular model in several years, primarily because it works on the 5G networks that are still being built around the world. Apple’s iPhone sales totalled nearly US$40 billion in the latest quarter, up 50 percent from a year earlier.

Coming to Alphabet, a company that is powered by Google, it earned $18.53 billion during the quarter, registering a threefold increase from last year’s earnings of $6.96 billion. The April-to-June quarter looks particularly strong after last year’s downturn forced Google to report its first decline in quarterly ad revenue from the previous year.

Microsoft reported a fiscal fourth-quarter profit of $16.5 billion, an increase of 47 percent from last year. The software company also topped forecasts by posting revenue of $46.2 billion, a 21 percent increase from last year.