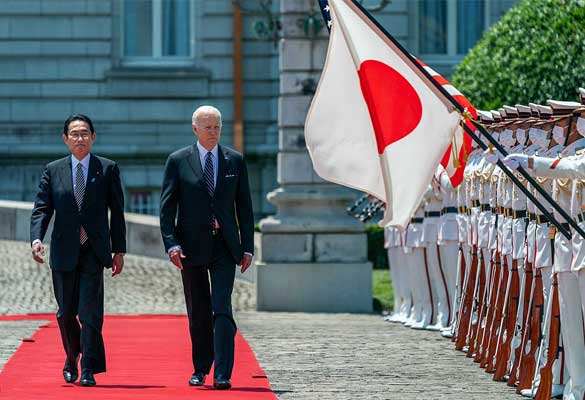 The US and Taiwan are reportedly planning to meet and negotiate on deepening their economic ties. This deal is very similar to what US President Joe Biden has launched — Indo-Pacific Economic Framework (IPEF).

Several countries are a part of this framework, including Australia, Brunei, India, Indonesia, Japan, South Korea, Malaysia, New Zealand, Philippines, Singapore, Thailand, and Vietnam. Japanese Prime Minister Fumio Kishida and Indian Prime Minister Narendra Modi joined Joe Biden personally at the meeting. The signatories expect the economic deal to increase cooperation in trade, agriculture, supply chains, etc. Members of the IPEF may opt for which pillar or area they would like to sign up.

Experts consider the IPEF a substitute for the Trans-Pacific Partnership abandoned by former US President Donald Trump in 2017.

Why was Taiwan excluded from IPEF?

Not including Taiwan in Joe Biden’s IPEF deal sends mixed messages about its relationship with the country.

Recently, the US state department changed some wording on the fact sheet that mentioned its relations with Taiwan. The superpower altered official statements on Taiwan for the first time in four years.

The US mentioned how the island nation was important amidst the increased diplomatic pressure from China.

What has Taiwan got to say about it?

In a conversation with Al Jazeera, Joanne Ou, spokesperson for Taiwan’s Ministry of Foreign Affairs, stated that the country is yet to commit to any deal with the US.

However, it is worthy to note that economic and trade relations between both countries have become close ever since Biden took office.

US Trade Representative Katherine Tai and Taiwan’s minister John Deng will hold talks to clarify their positions in the coming weeks.