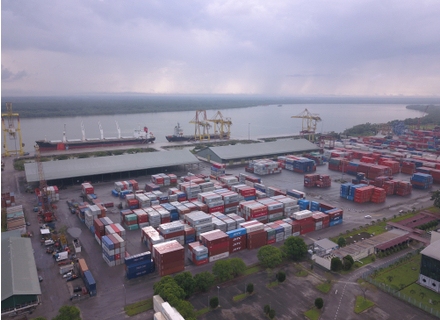 The major four container shipping lines recently revealed that they had suffered huge losses after systems at Senari Port, Sarawak, faced an outage in late March, according to the media. Four shipping associations stated the same and added that the operating costs of shipping lines had escalated and suffered from the loss of sailings and revenues.

Since the computer outage, the number of vessels at the anchorage waiting to berth had accumulated. The association said that the average waiting time for berth rose to 82 hours in April from 29 hours in March, which is 183 percent more when compared. The average productivity of the port also dropped 36 percent to nine gross moves per hour (GMPH) from the usual average of 14 GMPH.

Due to the congestion and poor productivity at the port, the vessels that were designed for seven-round voyage day were incapable of completing the voyage in the usual period. The vessels turn around from Port Klang to Kuching and back to Port Klang in seven days. From arrival to departure, the average port stay hours also said to have increased 180 percent in April. The delay from Senari Port Terminal has disrupted the supply chain to the overall Sabah and Sarawak market. The association stated that the port’s performance in providing service levels has not improved in the years due to the lack of capital investments to upgrade equipment and information technology systems.