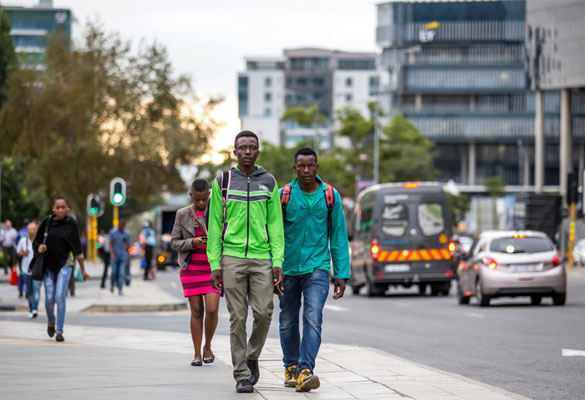 As the world economy faces new challenges, a recent poll from Reuters suggests that economic growth in the major countries of sub-Saharan Africa will remain slow till 2022, after a year of recovery from the Covid-19 crisis, according to media reports. Africa’s largest economy, Nigeria is expected to grow by 2.7 percent in 2022 from a previously predicted rate of 2.5 percent, after contracting by 2 percent in 2020.

The reason for slow economic recovery is primarily attributed to low vaccination rates. On a positive note, the pace of recovery has remained largely positive, even though at a slow pace, as reported by the poll.

Kenya, East Africa’s biggest economy is projected to grow by 5.3 percent next year with 5.1 percent projected growth this year. The International Monetary Fund (IMF) mentioned that it might have shrunk 0.3 percent amid the Covid-19 crisis.

South Africa has been estimated to grow by 5 percent this year but that will slow down to 2.2 percent in 2022. The continent experienced one of the biggest contractions of 6.4 percent last year due to the Covid-19 pandemic, according to the (IMF).

Emirates to hire 3,000 cabin crew and 500 airport staff over the next six months