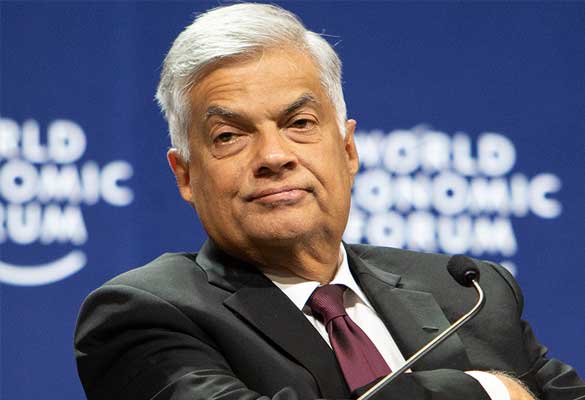 Sri Lankan President Ranil Wickremesinghe said that the island nation’s economic problems will continue for another year, and in order to revive the collapsed economy, it will need to think creatively and look at new industries.

“The next six months to one year I think till about July next year, we will have to go through a hard time,” he said.

Ranil Wickremesinghe added that Sri Lanka’s recovery would be based on looking at new sectors such as logistics and nuclear energy.

He said, “One I believe in very much is logistics, if you see the growth of the Indian, Bangladeshi and Pakistani economies, logistics can have a big role to play here in Colombo, in Hambantota and Trincomalee. This is how we use our strategic position.”

The current economic situation in Sri Lanka is at its worst since the country gained independence in 1948. Fuel shortages brought on by the forex crisis severely impact the export business.

The Sri Lankan economy’s mainstay, the tourism sector, also suffered a major setback due to the COVID-19 pandemic and the following economic unrest. The remaining term of Gotabaya Rajapaksa, who left the country and resigned in the midst of the significant anti-government rallies, will be filled by Ranil Wickremesinghe, who was chosen as President by Sri Lankan Parliament last month.

High taxation, according to Ranil Wickremesinghe, who has previously referred to the Sri Lankan economy as bankrupt, would be necessary for economic changes.

“Even taxation on wealth, we have to resort to those measures, first for economic recovery and second for social stability,” he said.

Ranil Wickremesinghe also said the island nation will be thinking of getting into the nuclear energy sector as well.

“More you have more energy you can sell to India, at the same time keep more renewable energy available. We have to think outside the box,” he said.

Are Brexit, COVID, inflation to be blamed for crisis in UK’s restaurants?