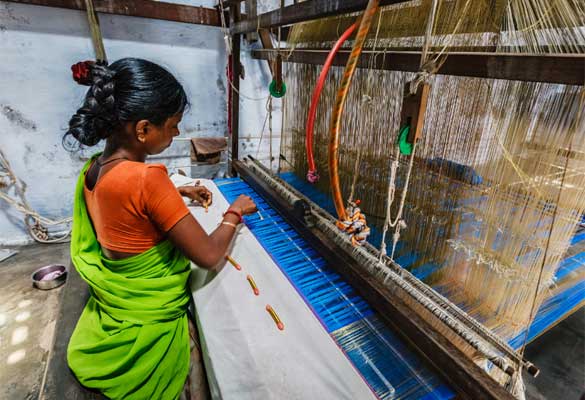 The ongoing economic crisis in Sri Lanka has triggered an unprecedented surge in international orders for tea from Indian growers. This is because the country is facing lengthy disruptions in power supplies due to the crisis and resulting in a huge drop in production. As Sri Lanka used to be a key exporter of tea, importers are now looking at neighbouring India to fill the void.

Sri Lanka used to export tea to countries like Iraq, Iran, the UAE, Libya, Russia, and Turkey. According to rating agency ICRA, the country used to export around 98% of its 300 million kilos of annual tea production and accounted for half of all global export of orthodox tea.

The ratings agency’s vice president Kaushik Das was quoted by news agency PTI saying that this will give Indian exporters an opportunity to exploit this drop in supply.

PTI also quoted South India Tea Exporters Association chairman Dipak Shah, who was in Colombo a few days ago, stating that Sri Lanka’s annual production of tea is likely to fall by 20-25%. He added other than the economic crisis, erratic rainfall was another cause of worry for the tea growers in Sri Lanka.

The Economic Times quoted Raja M Shanmugam, President of Tirupur Exporters’ Association saying that many global brands which relied on the island nation to manufacture their products have now turned towards its neighbour. Shanmugam added that other developing countries like Bangladesh, Vietnam, and Cambodia have already oversaturated with existing orders leaving India as a benefactor.

Ferrero withdraws Kinder chocolates from America over the fear of salmonella