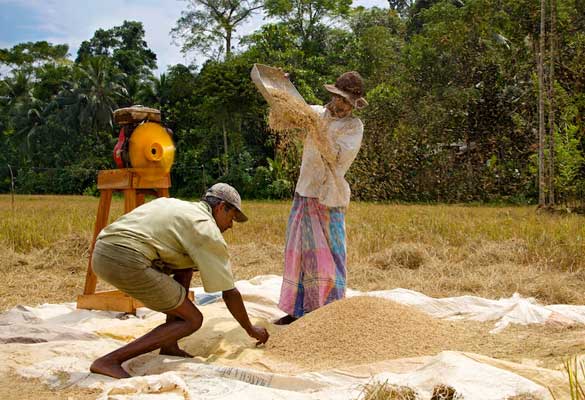 Sri Lanka is currently grappling with a dire food shortage along with the scarcity of foreign exchange, fuel, and medicines.

In order to fix the situation, Sri Lanka is asking government workers to take an extra day off each week and instead grow crops in their backyards. The employees will get every Friday off for the next three months without hampering the pay cut.

According to Sri Lanka’s cabinet it is a reasonable decision to give government employees one day off per week and provide them with all the necessary facilities to engage them in agriculture.

The cabinet stated that the food shortage problem might get fixed which is bound to come in the future. Moreover giving one day off would also help in reducing the fuel consumption.

People are also facing severe fuel shortages due to which long queues of vehicles are seen waiting outside petrol stations.

A United Nation survey titled “Humanitarian Needs and Priorities — Food Security Crisis Sri Lanka” also painted a picture of Sri Lanka, which is currently going through a multi-dimensional crisis followed by a shortage of all the essential necessities.

The report stated that about 5.7 million people need urgent humanitarian assistance. It also mentioned that about 70% of the households are being forced to skip meals in order to reduce food consumption.

Due to inflation as well as a sharp decline in the country’s agricultural products, low-income families are facing a severe threat to food security. Sri Lanka recently defaulted from paying $51 billion in foreign debt and is in talks with the International Monetary Fund for a bailout.