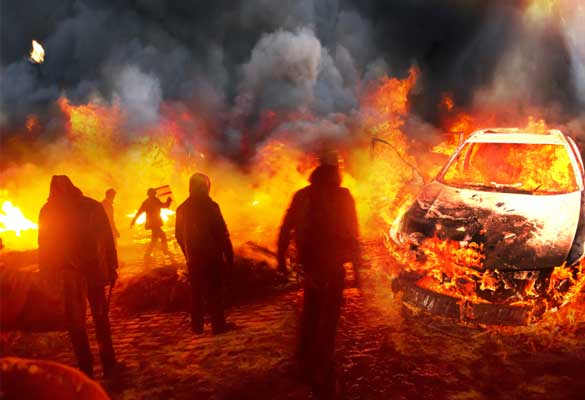 Sri Lankan president Gotabaya Rajapaksa has declared a state of emergency after some angry protesters started protesting outside his residence and demanded his resignation. There were even plans for a nationwide protest over Sri Lanka’s worst economic crisis.

To get over this crisis, the president has ordered a state of emergency by invoking sections of the Public Security Ordinance.

Public Security Ordinance comes with various emergency regulations wherein the President has the power to make his own regulations in the interests of public security, preservation of public order, suppression of mutiny, riot, or civil commotion, or for the maintenance of essential supplies. They can further authorize detentions, take possession of any property, and search any premises. Furthermore, they can also change or suspend any law.

“Organized extremists” within the thousands of protesters were blamed for these outbursts. To take control of the situation, the police even fired tear gas shells and used water cannons, and arrested 54 people. Several other people were injured.

According to the protesters, the President was to be blamed for long power outages and shortages of essential goods.

Sri Lanka is currently facing a huge shortage of foreign currency which in turn has resulted in Rajapaksa’s government is unable to pay for essential imports such as fuel leading to power cuts, which last up to 13 hours. Last month, Sri Lanka faced a currency shortage leading to talks with the International Monetary Fund (IMF) for a loan programme.

A 2019 Asian Development Bank working paper describes Sri Lanka as a classic twin deficit economy. This means that the country’s national expenditure exceeds its national income and that its production of tradable goods and services is inadequate.

This situation arose because of the recurrent economic mismanagement by successive governments. However, the sole reason behind the current situation is the deep tax cuts that were promised by the current government during the 2019 election campaign. The country faced a major loss during COVID-19 estimating a loss of $14 billion in the last two years.

Sri Lanka has a foreign debt repayment of around $7 billion for this year alone.

Why are we addicted to smartphones?