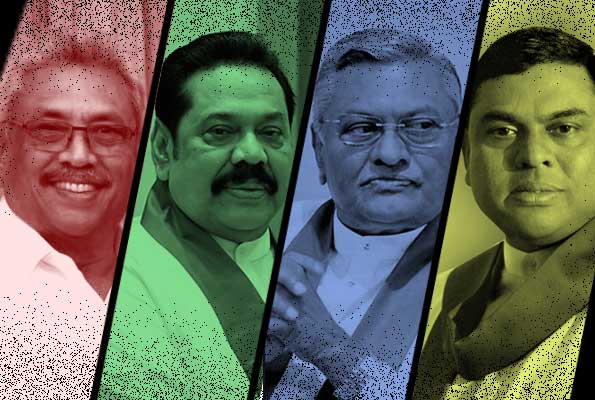 “Go home Gota” has been the chant that has been growing louder with every passing day across Sri Lanka.

And truth to be told, Sri Lanka President Gotabaya Rajapaksa is currently looking for a “home” to hide from the angry protestors. Gotabaya’s first stop was the Maldives, where he landed a few days ago. Many expect the UAE to be his final destination.

The Rajapaksa family has fallen drastically. It has had an impact not only on the island nation but well beyond. According to observers, the Sri Lankan President has been a prominent victim of the global crisis in the cost of living. A talk show host in far-off South Africa questioned whether Lankans’ skyrocketing cost of living might mean the demise of the ruling party. Many echoed similar views as well.

There are many lessons to be learned from the ongoing Sri Lanka crisis.

The narrative opens with Rajapaksa’s brother Mahinda, who assumed power in 2005 by positioning himself as a straightforward southerner battling the urban, westernised political class in the country’s capital Colombo. He wasn’t nearly as folksy as he made out to be, but it didn’t matter. In addition, he pledged to put an end to Sri Lanka’s violent civil war with Tamil rebels in the country’s north. This was achieved in a brutal way in the following years.

The Rajapaksas attempted to focus and amplify the ensuing wave of support from Sri Lanka’s majority-Sinhala population. As a result, chauvinism increased. Another was the feeling of empowerment that led the Rajapaksas’ to invest enormous amounts of borrowed money in questionably valuable infrastructure projects. In 2010, Mahinda achieved his second win.

In 2019, Gotabaya won back power for the Rajapaksa family, beating a divided coalition government. His appeal was enhanced by the Islamist extremist bombings on Easter Sunday the very same year.

Nobody anticipated his increasingly autocratic rule’s incompetence. At exactly the wrong time, taxes were cut, interest rates were lowered, massive fresh loans were sought, and money was minted.

COVID caused a drop in remittances and tourism, two significant sources of foreign exchange. An attempt to greenwash Sri Lanka’s intention to convert all of its agriculture to organic practices ultimately led to the collapse of the whole sector. The country’s economy quickly collapsed.

Alan Keenan, a senior consultant on Sri Lanka with the International Crisis Group, said, “Gotabaya was a very poor politician. He surrounded himself with charlatans… just barked orders at people. He was incapable of charming anyone, cutting deals, or changing course in time.”

With the island nation’s President, PM, Finance Minister, and dozens of top officials all from the Rajapaksa clan, there could only be family to direct the blame towards.

“The Rajapaksa brand is pretty much trashed for a long time, if not forever,” Keenan added.

The possibility of a return of the Rajapaksa family to power is improbable, at least for many years.

Mashreq Bank and US regulator reaches a $100 mn settlement