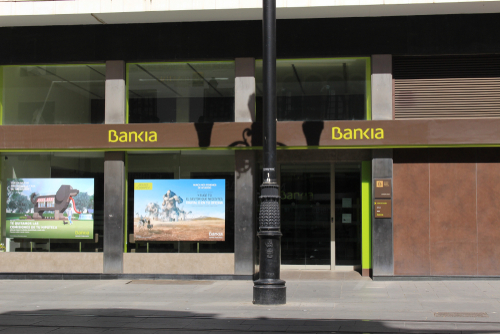 Spanish banks Bankia and Caixabank are planning a merger which will create the country’s biggest domestic lender, media reports said. The deal expects to cut many jobs; however, it will pave the way for Spain to embark fresh waves of industry consolidation.

French-based investment firm, Alantra, told the media, “We estimate around 50 percent of Bankia’s branches could be closed and central services could be materially reduced. Based on the average cost per employee and branch, we estimate 1-billion-euro cost savings, which should lead to around 3 billion euros in restructuring charges.”

State owned Bankia suffered during Spain’s 2008 financial crisis. Furthermore, the new deal has the potential to spark tensions between the current government and the opposition in the country because it wants Scotia to be controlled by the government.

It is reported that both the banks are planning to establish a merger worth $709 billion in assets in the country.

Since the financial crisis, major banks in Spain dropped from 55 to 11, but the European Central Bank has been stringent towards financial assistance to banks as the pandemic has the potential to lead more deals and reduce the number of banks in the country.

The country’s Liberbank and Unicaja had cancelled a merger plan last year. Many other global banks such as NatWest and others have faced challenges such as debts and bad loans due to the pandemic.

BNP Paribas mulls setting up a securities firm in China