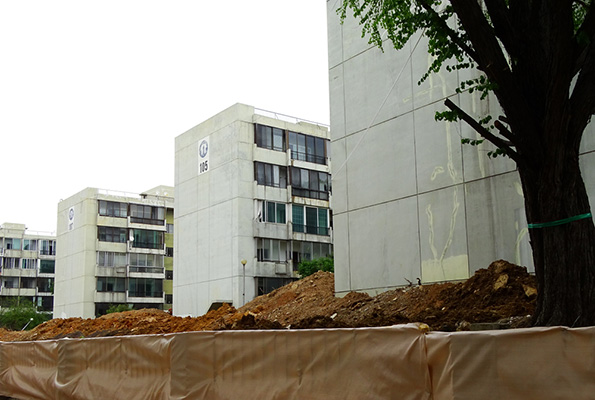 South Korea’s new administration wants to build 2.7 million new homes over the next five years, including hundreds of thousands in key cities where a shortage has caused price hikes.

The Ministry of Land, Infrastructure, and Transport announced that the government expects to supply 500,000 homes in the Seoul area over five years, a 50% increase from the preceding five years.

Yoon Suk-yeol, who began his single five-year term in May, has promised to enhance property supply in high-demand locations, criticizing his predecessor’s policy of limiting home purchases in the capital area.

The land ministry will also build 520,000 dwellings in other significant cities over the next five years.

The government will provide financial, administrative, and tax benefits when young people and low-income workers buy or rent properties.

These semi-basement dwellings acquired attention after the publication of Bong Joon-Oscar-winning ho’s 2019 movie “Parasite,” which dramatized the life of a low-income family forced by socio-economic circumstances to live in Seoul’s semi-basement homes dubbed “banjiha.”

Banjiha was created in the 1970s when tensions rose between South Korea and North Korea. Then, when Seoul became a metropolis to accommodate migrant labour, many sites became residential.

The unsuitability of these banjihas for residential use is evident in how their occupants battle difficulties such as poor ventilation, drainage, mold, lack of sunlight, etc. The cramped spaces sometimes even accommodate families.

Because Seoul’s real estate has become pricey, especially for the young working class, demand for these accommodations has risen. As a result, unaffordable housing was a major electoral issue in 2016.

The Korean government hopes its ambitious housing program will resolve the banhija crisis, uplift people from uninhabitable living spaces, and house them humanely.

Why is Sri Lanka in an economic crisis?