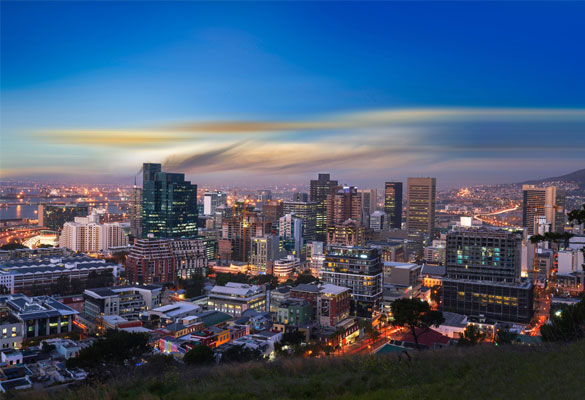 The economy of South Africa in 2021 is projected to grow at 4.9 percent, from its previous projection of 5.1 percent, according to media reports. Currently, Africa is seeing the deepest economic contraction in almost three decades and it also risks stalling because of the fallout from the fourth wave of Covid-19, which is primarily driven by the Omicron variant.

Expert economists predict that gross domestic product (GDP) and the most industrialized economy is now expected to grow by 2 percent next year and 2.1 percent in 2023. These revisions come after more than 90 countries imposed travel bans on South Africa ahead of its summer holiday season following the first cases of the Omicron variant. The output fell more than expected in the third quarter and before the discovery of the new strain the government and central bank predicted the economy would grow by 5.1 percent and 5.2 percent respectively this year.

The onset of the Covid-19 pandemic and the ongoing electricity supply constraints remain risks to the outlook. Finance Minister Enoch Godongwana said the government is targeting by mid-February the progress on some long-awaited structural reforms which could help bolster output from the new year.

In other news, People in Mozambique, which borders South Africa, are worried about the impact the Omicron variant of Covid-19 will have on the country’s economy. South African scientists announced the identification of Omicron on November 24, 2021 and a travel ban was imposed on Mozambique as well as other members of the Southern African Development Community (SADC), which consists of 16 countries.