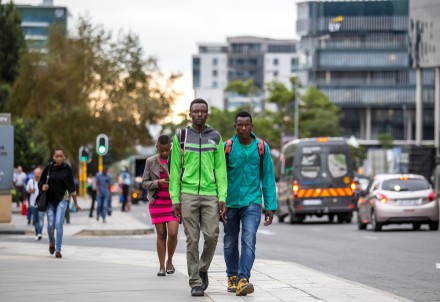 The South African government’s current economic reform plan against the impacts of the Covid-19 pandemic, sharing similarities with the Kingdom of Saudi Arabia’s efforts to boost its economy.

The government floated a plan to fast-tracking projects and boosting infrastructure spending last month to spur economic revival. Furthermore, the government is switching from a commodity-focused economic model to a more sustainable and diversified model that is similar to the Kingdom.

South Africa’s one of the three capital Pretoria is planning to ramp up economic growth by 3 percent over the next ten years and build a state infrastructure fund worth $6 billion. The move expects to further create more funds for the future.

According to the International Monetary Fund (IMF), South Africa’s economy will contract 8 percent by the year-end. However, the organisation has revised its predictions for next year due to the impacts of the pandemic. It also forecasted an economic expansion of 3 percent next year.

In addition, it aims to cut its reliance on imports, again a move that is similar to the Kingdom, slash prices and expand broadband services to the poor section. The pandemic has affected many African economies leading to unemployment and poverty.

Codat raises $10 million to foray into US market