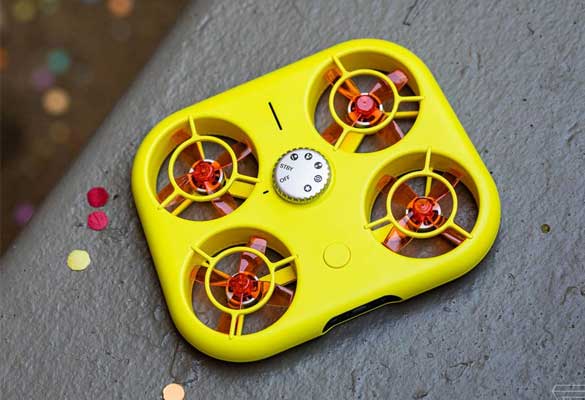 Snap, which is also the maker of the Snapchat messaging app has positioned itself as a camera company. Recently, it has introduced a flying drone, known as Pixy. This is not any ordinary drone, but it comes with a camera that helps people take selfies without having the need to use a selfie stick.

To use this device, users will have to hold the pocket-size camera in their palm and then select flight mode by dialling on the mobile device’s body. After this, the device will start flying for a minute and take photos and videos. All of these will automatically get downloaded on the user’s private Snapchat account before it lands on the user’s palm.

Evan Spiegel, Snap’s chief executive said in an interview with the New York Times, “It gives you a totally new perspective, actually allows you to have fun and go hang out with your family and create videos altogether.”

After the launch of Spectacles, which were glasses that came embedded with cameras and augmented-reality features. Pixy is Snap’s first hardware product.

In 2020, Amazon had also launched a flying camera- Ring Always Home Cam. Since its basic function was to fly around one’s home and record the video, it was immediately picked up for security reasons.

When asked if this was the same for the product, he denied it and said that the product had a bright yellow colour, recording light and engine sounds made it conspicuous.