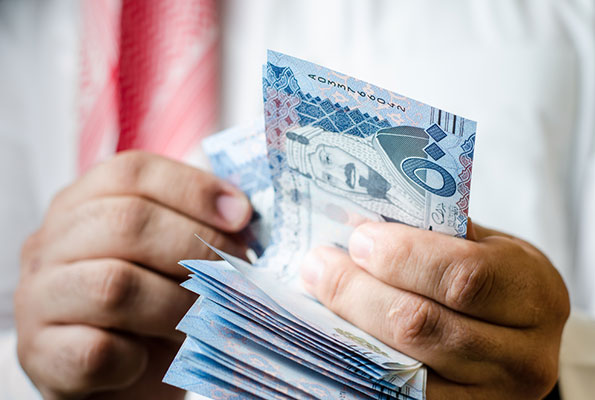 In Saudi Arabia, small and medium-sized businesses are a force to be reckoned with as the Kingdom continues to diversify its economy, which has been dependent on oil for many years, in line with the objectives established in Vision 2030.

Under the visionary leadership of King Salman and Crown Prince Mohammed bin Salman, SMEs in Saudi Arabia continued to flourish despite COVID-19’s disruption of the world economy.

When the world began to recover from the effects of the pandemic in 2022, the support provided by the Saudi Arabian government to SMEs was crucial in assisting them in getting back on their feet.

The government is changing the SME sector into a catalyst for economic growth in the Kingdom by enacting new laws, making reforms, and providing financial assistance designed to foster a welcoming atmosphere.

The Function Of Monsha’at
Monsha’at, the Small and Medium Enterprises General Authority of Saudi Arabia, is promoting the development of the SME sector in the country.

For SMEs to develop and succeed in the market, the state-run body provides entrepreneurial platforms like business incubators, business accelerators, and co-working spaces. The authority also organizes direct and indirect lending initiatives for fast-growing startups, SMEs, and government fee refunds.

By implementing these programs, Monsha’at hopes to meet the goals outlined in Vision 2030, which include reducing unemployment from 11.6 to 7 per cent, raising the percentage of women in the labour force from 22 to 30 per cent, and increasing the contribution of SMEs to 35 per cent of GDP by the end of this decade.

Significant Expansion Of SMEs
The number of registered SMEs in Saudi Arabia reached 892,063 at the end of June, representing a 25.6 per cent rise from the fourth quarter of 2021, demonstrating the enormous growth of SMEs in 2022.

According to Monsha’at’s research titled SME Monitor, the most desirable locations for startups were Riyadh and Makkah, which in the first half of 2022, accounted for 35.4 per cent and 21 per cent of the Kingdom’s SMEs, respectively.

The survey also showed that Saudi Arabia had reduced the gender gap in the country, as women currently lead 45 per cent of SMEs.

In the first half of 2022, regulatory reforms significantly increased the number of female entrepreneurs in the nation, with the majority running businesses in the food, wholesale and retail, health, and professional sectors and supporting service industries.

Regulatory Adjustments
On June 28, the Saudi Cabinet approved a new company law to encourage entrepreneurship in the Kingdom.

The new company law in the Kingdom will be crucial in fostering and promoting investment, particularly in family businesses and small and medium enterprises, according to Ghassan Al-Sulaiman, chairman of the National Center for Family Enterprises.

The new law has eliminated numerous limitations on the phases of formation, practice, and withdrawal, as well as on business names.

The Small and Medium Enterprises Bank System, intended to offer all its products and services in digital form without the need to create branches, was approved by the Saudi Arabian Cabinet in November.

Ministers also authorized the transfer of the Kafalah SME Loan Guarantee Program from Monsha’at to SME Bank after the approval.