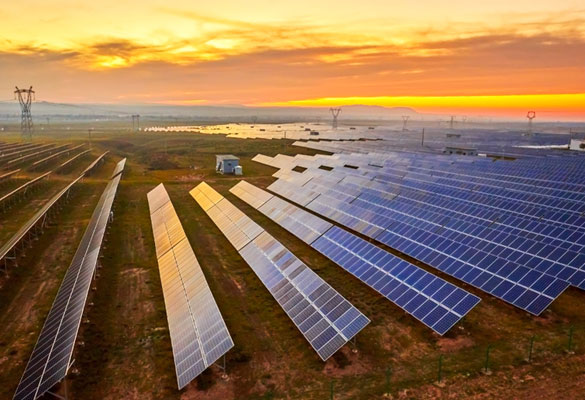 Singapore’s Sunseap Group, along with a consortium of companies signed a memorandum of understanding (MoU) to explore and develop a combined capacity of 7 gigawatt-peak (GWp) of solar power systems in the surrounding areas of Riau islands in Indonesia, according to media reports. The project will help Singapore and Indonesia meet their green energy goals and it is also one of the largest cross-border interconnected clean energy projects in Southeast Asia.

The company released a statement, saying, “Coupled with multiple energy storage systems totalling more than 12 gigawatt-hours, it aims to provide 1 gigawatt (GW) of non-intermittent low-carbon clean energy for Singapore and Indonesia.” The consortium also aims to fulfil 20-25 percent of the targeted 4 GW of low-carbon electricity imports by 2035, announced by Singapore earlier this week.

In other news, Egypt, Greece, and Cyprus have come together to strengthen their energy cooperation by signing two MoUs, on the interconnection for the transmission of electric power, in Athens, according to media reports.

President Abdel Fattah Al-Sisi pointed out Egypt’s interest in strengthening energy cooperation with Cyprus and Greece, in terms of both renewable and non-renewable energy sources. He also mentioned that this agreement is a preliminary step to bring all three countries closer to their common goal of achieving an electrical connection with the rest of the European continent.