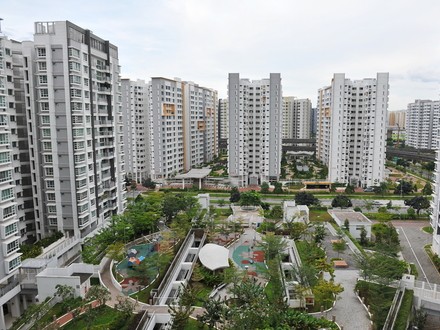 The Singaporean property market sees a rebound amid the outbreak of the pandemic. Furthermore, local home buyers are confident of attracting foreign investors despite a recession.

It is reported that the property prices surged 0.8 percent in the third quarter, while sales volume surged to a two-year high. The surge in property prices marks the highest level since 2013.

The local population has purchased nearly 81 percent of all private flats in the third quarter, marking the highest proportion since 2009. The data has been produced by the property agency OrangeTee and Tie. Furthermore, private homes prices slumped only in the first quarter amid the economic downturn and the prices have surged since then.

Property consultant CBRE said that some home buyers have viewed the pandemic as an opportunity to get on the ladder of the world’s third most expensive housing market after Hong Kong and Munich.

The worst scenario was during the global financial crisis when property prices slumped for four consecutive quarters between the middle of 2008 and 2009. The overall price surge this year has been modest at 0.1 percent. However, for costly property buyers, the Singapore real estate market is safe than any other market in Southeast Asia.

Furthermore, Singapore has been successfully attracting the wealthiest of the people from China including the less developed South-eastern economies.

The Singaporean government expects the economy to slump between 5 and 7 percent by the year-end, marking the deepest recession since the country’s independence.

The global property market is rebounding. However, some economies are still grappling.