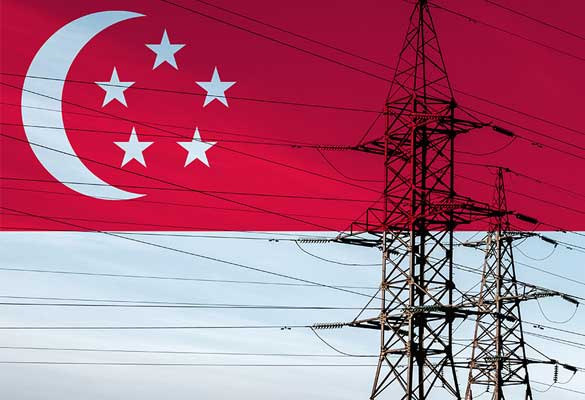 Singapore has made it to the top three list of attractiveness for energy sector FDI thanks to its high degree of openness and political stability.

Luxembourg, Hong Kong and Singapore were respectively placed in the top three markets in the inaugural Foresight Economics Energy Index, while the US and China were at the bottom of the league of 135 markets.

Following the worldwide FDI Attractiveness Index, which was published in February 2022, this sector-specific index places Singapore as the second-most appealing location for greenfield FDI globally.

Foresight Economics Founder Kavi Chawla said, “As we balance at the edge of a global recession because of tectonic movements in energy markets, driven by a grave undersupply situation, the world faces the dual urgency of transitioning towards renewable, sustainable energy while ensuring long-term energy security. Capital flows, and Foreign Direct Investments, in particular, will play a critical role in this, and actionable data is needed to support smart investment decisions.”

She claimed that Singapore emerged 3rd globally in terms of attractiveness to greenfield FDI, and the country missed the second position just by a whisker.

“As such, we have come up with the Foresight Economics Energy Index to predict how attractive markets are to greenfield foreign direct investment in the sector. Singapore has emerged 3rd globally in terms of attractiveness to greenfield FDI, just one pole position lower than its position as 2nd most attractive FDI market overall. This is due to its high degree of openness and political stability, and we anticipate this trend to continue. We also expect the gap between Singapore and Hong Kong, which ranks higher than Singapore in the FE Energy Index, to continue narrowing,” she added.

Foresight Economics is a worldwide financial industry think tank that was founded in 2021 and promotes better FDI (foreign direct investment) decision-making. The company offers a groundbreaking method for deciphering the FDI attractiveness determinants at a detailed level using predictive analytics and expert insights, supporting direct investment flows at the portfolio and institutional levels.

Foresight Economics is the creator of the unique FDI Attractiveness Indexes, which are supported by a team of industry experts, automated machine learning algorithms, and thorough academic research. In order to create outputs that are highly customised and satisfy the demands of various investors, the organisation additionally incorporates several historical data points and investor objectives.

According to research by Foresight Economics, which attempts to improve decision-making about foreign investments, nations with higher levels of openness, political stability, and green investments, like Singapore, outperformed top oil-producing markets.

The FE Energy Index was created by combining publicly accessible data obtained through subscriptions for four indicators: governance and diversification, openness, economic growth, and endowment in natural resources. The data was collected, subjected to factor analysis and automated machine learning for analysis, then combined to create a composite index of FDI attractiveness and tested robustly using an AI algorithm.

The FE Energy Index launch was accompanied by a white paper providing an in-depth analysis of current global energy developments, trends and predictions including:

Since 2008, when the effects of the global financial crisis allowed Hong Kong to move to the top spot, Singapore and Hong Kong have been the most alluring locations for greenfield FDI focused on the energy industry. But between 2018 and 2019, Singapore was able to continue its momentum while Hong Kong started to decline. Ultimately the difference between Hong Kong and Singapore will continue to close as 2020 and 2021 data become available over the upcoming several months.

Despite Brunei’s exceptionally excellent performance on the Natural Resources Endowment composite, Brunei and Vietnam have also fared well, with Vietnam surpassing Brunei in 2009. Japan has historically ranked last among the ASEAN Plus Three nations. Over the past ten years, China has displayed a substantial declining tendency, which has gotten worse since 2017.